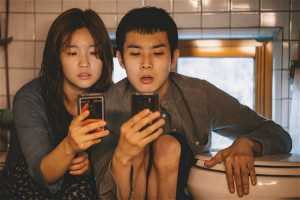 Sure, it won several Oscars, but there are 6 Reasons Why Parasite is Brilliant that make the film much more than a Hollywood award-winner.

Director Bong Joon-ho’s film has been described as a work of “extraordinary cunning and emotional force” and “the kind of remarkable experience that makes modern movie-going such a joy”. As the Chicago Tribune says: “Like Jordan Peele’s Get Out, Bong’s Parasite expresses consequential ideas that matter to the filmmaker about the way we live today, and the prejudice and malice we create for ourselves and others.” It’s also damn funny, and deeply disturbing, reckons KAREN RUTTER:

6 Reasons Why Parasite is Brilliant:

Read: The Guardian review of Parasite