99 Loop Gallery is pleased to kick off the new year with three solo exhibitions coinciding with The Investec Cape Town Art Fair and The Stellenbosch Triennale. Chris Denovan, Vusi Beauchamp and Jonathan Silverman will be showing in the gallery during January and February with artworks concerned with the decolonisation of nature, a human sense of belonging, and exotified notions deeply rooted within colonial ideologies. 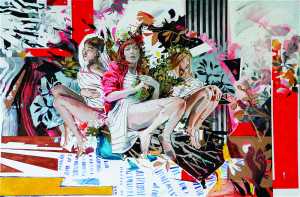 In this exhibition of paintings and drawings, Chris Denovan explores the variable symbolism of plants. His motifs of leaves and flowers find an unlikely pairing in those of hands and feet and disembodied limbs. Here, body parts become plants, the expected brushes up against the strange, the recognisable leans towards the unfamiliar. Denovan’s work pays homage to the history of painting, symbolism and a classical idealisation of beauty in a contemporary guise. Arranged together in strange tableaux, the characters in his paintings appear as long-forgotten heroes or obscure figures of myth. Many wear wreaths or crowns of flowers, and all share the picture plane with fields of gold pigment, which lends to the works the weight of allegory. 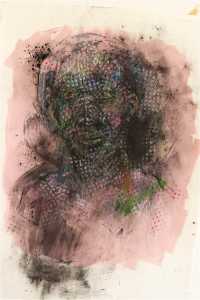 Prisoners of Waar probes the unwavering stereotype, exotification, and exploitation of black African bodies in popular media and the participation of black folks in the narrative rooted in colonial ideologies. The problematical inheritance of the stigma can be found in the celebrated artist Paul Gauguin’s paintings and the now-banned publication of “Tintin in the Congo”. The illustrated bodies and the narrative aim to reveal the colonial domination of black bodies and spiritual identity, the relentless demonising of immigrants, political refugees, religious indoctrination, cultural practice and xenophobia within the context of the South African, African and European landscapes.

Echoed in fashion, film, television adverts and music videos the stereotype only serves to be consumed as nonentities, the polarised contemporary world unknowingly and knowingly participates in these stereotypes and inactions of brutality. The American president daubed Africa as “shit hole” countries. Indian Muslims from the North-Eastern part of India have been recently excluded as citizens. African migrants escaping war, genocide, and famine are being bought and sold openly in modern-day slave markets in Libya as a result of corrupt and corrupted African countries. In South Africa, hate becomes a tool of power by right-wing parties spewing genocide over a solution-oriented approach.

The title of the show is to probe into a medley of toxic legacies left behind by the “scramble for Africa” expedition. The series of artworks are staged scenes in vexed narratives that can be dismantled by wide lenses into the now, the past and the future. 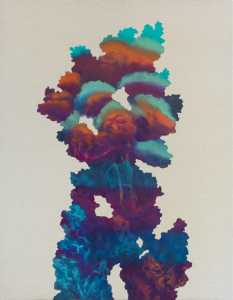 In Future without N Jonathan Silverman continues his exploration of the contemporary loss of a knowing of nature. A topic that is often dominated by a Western quantitative discourse relying on Numbers (n) to bemoan the destruction of Nature, is iterated in Silverman’s work as a holistic evocation of an inherently felt loss. In adopting a process of decolonising the mind, Silverman forgoes the dominance of scientific categorisations, for the recognition that distinctions lead to extinction. The exhibition is comprised of two complementing bodies of work: meticulous charcoal drawings of what Silverman refers to as “speculative Kanji” and abstracted oil paintings of our non-verbal language of Nature. Inviting onlookers to explore their feelings as in encountering nature for the first time, allowing them to break down these abstractions in their own intimate pace.

After lockdown – The Garden Route