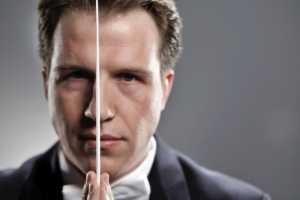 PETA STEWART caught up with Adam Szmidt, who is coming to South Africa to conduct the Duet Opera Gala on 11 June 2022:

When I get hold of Adam Szmidt, he is in the middle of conducting Shrek, a costumed musical based on the film of the same name. But that’s what his life as a conductor is – being flexible, like working on Shrek one day and Wagner the next.

“We have to do everything, and often at the same time, in parallel,” he says. “I even played the piano for ballet dancers once and this was never part of my training!”

Adam was born in Poland, but has spent most of his life in southern Germany so he is equally at home with both lifestyles and both languages, plus English, Spanish and Portuguese. He is also fluent in Tok Pisin, the only one of the 800 languages in Papua New Guinea he learned to speak well during the two years he spent there working with young people. At one time he says, he could say ‘good night’ in 20 of them!  He also can make do in French and Italian.

At home now in Halberstadt, near Leipzig, Adam has moved around from his days studying in Graz, Mannheim and Heidelberg to a year in Colombia, many European countries and this, his fourth visit to South Africa.  He came here in 2017, “taking a gap between engagements” because he heard how beautiful it is and he met plenty of people – like Magdalene Minnaar, the Artistic Director of Cape Town Opera, when he accompanied her while she was getting a role in Elijah under her belt.  She told Willem Vogel in Gauteng about him and next thing he was conducting the Gauteng Philharmonic in a children’s concert followed by a masterclass at the Northwestern University in Potchefstroom the next year.  He also substituted for a conducting teacher at the University of Stellenbosch for a week, conducted two more programmes back in Pretoria, and has now come to Cape Town. 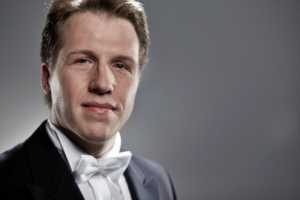 Adam was always interested in conducting, even when he was thinking of becoming a school teacher or a pianist, for piano was his instrument and of course he sings.

“But I was a little afraid of it.  I had the privilege of being in rehearsals with a genius like Lorin Maazel with the Munich Philharmonic and I thought I had never seen anyone more competent.  Then I heard the refined Abbado, and Zubin Mehta and Haitink and many more and realised in how many ways they were giving, to the musicians and to the audience.”

The Duet Opera Gala is being staged to raise awareness and funding of the Duet Endowment Trust, which Wendy Ackerman established to preserve Cape Town Opera and the Cape Town Philharmonic Orchestra. This concert is directed by Christine Crouse, and made possible with the support of Judith Neilson Head Trust, Rupert Music Foundation, Western Cape Government Department of Cultural Affairs and Sport, and the German Consulate General Cape Town.

“When Magdalene and I began talking, we explored themes and threw one out after the other.  It was like a ping pong game. What we wanted was to allow everyone to shine – the orchestra, the chorus and the individual singers.  We also didn’t want to present only the gourmet pieces that everyone expects at a gala. We wanted the audience to enjoy a rounded experience, but bringing in some lesser-known pieces like Charpentier’s Depuis le jour and Mein Sehnen, mein wähnen from Korngold’s Die Tote Stadt. Contrasting with these are, for instance, Wagner’s gigantic Tannhauser overture and Non più mesta by Rossini.”

Szmidt began his professional life as a repetiteur in Baden, was a Chorus Director’s assistant, Vocal Coach, and Conductor in Bonn and has worked with the opera houses of Heidelberg, Nuremberg, Schwerin. He is currently Kapellmeister and Studienleiter at the Opera in Halberstadt.

“Most good conductors have been repetiteurs and they have learned the literature from the inside out.  You study, and you study it with singers and how they work with the pieces and it changes the way you listen to music,“ he says.

What’s next? He returns to Germany to prepare Othello and Cosi, then is off to Brazil to work in a social project for young musicians.  Of the future he says: “There is so much to do, so many masterpieces I want to conduct … The Ring, Mahler symphonies and then when I have done it all I want to do it again, better!”

Where and when: Artscape Opera House on 11 June 11 at 6pm