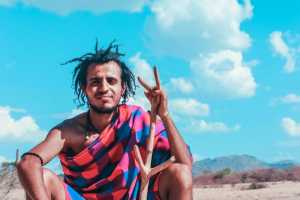 Africa and I is a 90-minute documentary about how Othmane Zolati (pictured left), walked, hitchhiked, cycled and skateboarded over 30 000 km through 24 countries.

Twenty-year-old Othmane Zolati had never left his home country of Morocco when he started his nearly four-year journey to Cape Town, South Africa, with just $80, a small backpack, and a borrowed cheap pocket camera.

Othmane directs and executive produces Africa and I, using the hundreds of hours of footage he taught himself to shoot along the way. He’s collaborated with a team of award-winning South African creatives he met at the end of his trip: co-director Chris Green (writer and producer on the 2021 South African Film and Television Award (SAFTA) winner Chasing the Sun; Both Worlds, the production company behind the two-time International Emmy-nominated Puppet Nation ZA; and composer Daniel Eppel and editor Kirsten de Magalhaes, both SAFTA winners.

The doccie will be screened on Showmax from 5 August 2021.

In an interview with theculturetrip.com, Zolati says that once he graduated from college he knew it was time to do something different. But he had big dreams and no money. Add to this the expectations of his family: find a job, save money, get married, invest in property… He says of this time, “I was fighting to live the life I always wanted to live, no matter how crazy it seemed to my family and friends.”

Independent, free, and most importantly, happy

Finally, with a few bucks saved from working as a lifeguard in his hometown, he hit the road. Zolati says he was never empty-handed. In Senegal he worked as a fisherman. In Mali, he was a mechanic, and he sold shoes in Côte d’Ivoire. In his words, he says that “life was never boring. I’d work for food, accommodation or a lift. I was feeling totally independent, free and most importantly, happy. No stress, not the slightest notion of time, no plans, no rush, no monotony and no worries about the future. This has miraculously taught me how to live in the moment and be ultimately content.” 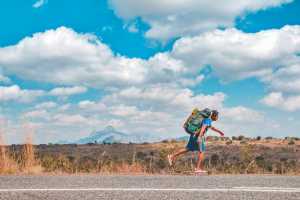 Although the trips had several downs, the ups were always worth it, and he met wonderful people along the way.

“You know that because you step on the toes of an official who is just not in the mood, you might risk not getting a visa. So you might think that it all starts bad, but then a series of small events occur, you meet some people and then, all by miracle, you solve the problem, with a cup of improvised Moroccan tea or by sharing the joke you were told by the guy who let you camp out in his backyard. And only then, do you fully understand this crazy, profoundly human, real and authentic adventure.”

What: Africa and I