British conductor Alexander Shelley is to tour South Africa. He speaks to PETA STEWART about growing up with five pianos, and more: 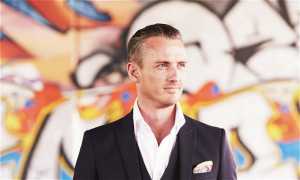 People consider themselves lucky if they grow up with one piano in their home.  Alexander Shelley, the British conductor about to tour South Africa with the Bundesjugendorchester (National Youth Orchestra of Germany) which is performing in Durban, Johannesburg and opening the new Cape Town Philharmonic Orchestra season on 15 August, had five!

There was a reason for this, he says. Both his parents, Howard Shelley and Hilary Macnamara, were concert pianists (you may recall Howard Shelley’s marvellous performance with the Cape Town Philharmonic in 2016, his third appearance in the city) and often gave concerts as a piano duo on two pianos. Hence several practise rooms and several pianos!  And Alexander learnt to play the piano at the age of four …

“It was ridiculous in retrospect,” Alexander Shelley says, “and they only have three now”. Shelley may be thinking of the example already set for his young son, Sasha, just 11 months. For like his father and his father before him, young Sasha is also growing up surrounded by music. Sasha’s mom, Zoe, was an excellent cellist and in fact she and Alexander met when she was a member of the National Youth Orchestra  of Great Britain and he was conducting. Shelley’s mother in law is also a pianist and in fact studied with the same teacher as his parents at the Royal College of Music. Plus Howard’s mother was also a cellist.

Music in his dreams

When Alexander went to sleep at night it wasn’t to the sound of nursery rhythms. It was to cassette tapes of classical music, and he was soon choosing the cassettes he wanted –  always orchestra since he was immediately fascinated by the sonorities and images they evoked.  That’s not to say his parents guided his career choice.

“They wanted me to have a normal childhood and, despite being grounded in every subject possible, deep down I always knew I would be a musician,”he says.

Shelley studied the cello after the piano but gravitated towards conducting as a teenager.

“At the age of 13 or 14 I asked if I could conduct the school band. I guess they weren’t often faced with such precocious kids and I was also able to conduct pieces I wrote which I am sure were probably awful!  A few years later I went to Dusseldorf to study cello and then conducting.  My father gave me good advice: start your own orchestra while you are at school. That was very helpful to me.  Not only did I get a lot of practise but I learned so much about administration, getting the orchestra engagements, ordering music, ticketing, marketing and above all how to keep the interest of musicians with a dire lack of budget. I learned a collaborative approach, which is a useful way of working,” Shelley says

The result is that he has not touched the cello in 13 years and confesses to not really missing it, except for chamber music and the Bach Suites.

“The orchestra is almost like playing an instrument – the never-ending repertoire. There’s so much to explore,” he says. 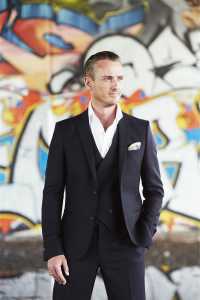 Music around the world

This exploration has taken him around the world. Currently he is Music Director of the National Arts Centre Orchestra in Canada and principal associate conductor of the Royal Philharmonic.

This tour with the National Youth Orchestra of Germany (BJO) which takes them to Durban and Pretoria as well is their fourth collaboration; he invited the orchestra to Ottawa in Canada to join the National Arts Centre Orchestra in performing the Britten War Requiem in 2018 to mark the 100th anniversary of the end of the First World War. The BJO  is celebrating its 50th anniversary as well as paying tribute to South Africa’s fledgling democracy.The BJO concert is being presented by the CPO and Miagi.

The repertoire was chosen with several things in mind, he says.  “We wanted to anchor the programme with one German core composer, and Brahms was quickly agreed upon  We wanted to reflect the ways in which we were connecting with Africa and most specifically South Africa with music rooted in Africa.  Both the Symphonic Suite from Porgy and Bess and Walton’s Johannesburg Festival Overture were natural choices,” he says. The tour also includes workshops and /or community concerts in Johannesburg, Soweto and Stellenbosch.

For the slot that is traditionally held by a concerto and soloist?  Msaki, one of South Africa’s leading singers, will be singing songs that reflect the iconic status of Miriam Makeba, orchestrated by award-winning South African composer Hendrik Hofmeyr.

It’s going to be an original programme with one of the stars of the world stage on the platform.