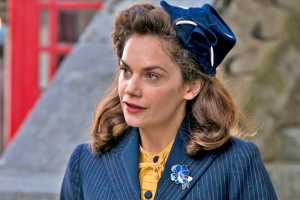 MEGAN CHORITZ, a seasoned streamer, put Britbox through its paces to see whether it’s worth paying for yet one another screen platform:

I have been trialling Britbox this week and it has resulted in a bit of a binge because I want to see if there is a good reason for committing to monthly subs. I still don’t know, but I have had a good time trying to find out. Here are four mini reviews of everything I have watched, in watching order.

In general, I found the site clumsy to use, with not enough information about any of the shows and no way of finding out how many episodes of a series there are, once watching it. These issues actually give Showmax a good name in comparison. So IMDB has been my constant companion, for info about the stars, episodes and how many seasons.

This was the main reason I wanted to try Britbox. I adored the previous seasons of Line of Duty and found them gripping, original and so addictive. For those of you who haven’t watched any of Line of Duty, it is a fantastic British crime series that follows the investigations of AC-12, a police anti-corruption unit. Season 5 was utterly fantastic, and I had high expectations, but Season 6 just wasn’t as clever. It felt a bit ‘more of the same’y and even though I binged it I didn’t have that glued-to-my seat feeling. Great performances by a lead cast we know well couldn’t make it crackle as much as past seasons.

(At a push) ALL CREATURES GREAT AND SMALL

Another remake of the adventures of James Herriot, famous farm vet who spends most of his time with a hand up a cow. I couldn’t work out how many episodes there were (six and a Christmas special I found out from IMDB later) but I am surprised I persevered. It is so dreary. Gorgeous countryside, fabulous period styling and the occasional animal could not save this watercolour series and its endlessly repetitive scenarios. Part of the problem is that the producers have cast Nicholas Ralph as Herriot and he is almost completely devoid of any charm or personality. Dull as dishwater, only a bit more muddy.

Now we’re talking. This 2005 version of Dickens’ soapiest saga is brilliant. A stellar cast that includes Gillian Anderson and introduces Anna Maxwell Martin makes this stand the test of time. It is British period drama at its grubbiest best. Getting the balance between Dickensian satire and desperation is hard and this mini-series totally delivers. I loved it. I will probably go down the list of all the Dickens stories next.

I had heard of this mini-series, in which Ruth Wilson plays her real-life grandmother, but I wasn’t quite prepared for the intrigue of the story, all based on fact, about serial bigamist Alexander Wilson. It is amazing, and Ruth Wilson is completely brilliant. Iain Glen plays Alexander brilliantly too, but Ruth is quite extraordinary. Everything comes together here; performance, styling, intensity, relationships, a sense of the time, and post war Britain. The world of this drama is immersive, and I was shocked by it.