The award winning reality dining show, that gets everyone talking, Come Dine With Me South Africa 2020, is back for a sixth exciting season and has a new home on BBC Lifestyle. It’s dramatic, it’s spicy, it’s hilarious and once again it’s narrated by the always amusing and sometimes savage Mr Dave Lamb. 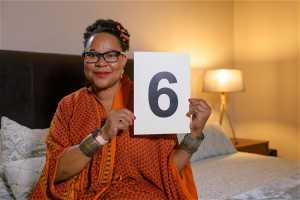 Season Six won’t disappoint – introducing a new crop of entertaining and sometimes eccentric characters, questionable menu combinations, colourful conversations, spirited scoring and  lots of laughs. But when it comes to pleasing all the guests, sometimes you just can’t win… except someone has to!

Watch Come Dine with Me South Africa 2020 Season 6 from Wednesday, 27 May at 8pm on BBC Lifestyle (DStv channel 174) – repeats are on Sundays at 5pm and will be available on both DStv Now and Catch Up.

The latest season kicks off with four new Joburg-based hopefuls in the running to take home the weekly cash prize of R10,000. It’s week one and it seems that everyone’s a food critic. Thespian Gregg is not shy in talking frankly in front of this week’s unsuspecting cooks. Fun loving Janet, aka Miss J, takes us on a Pan-African culinary experience. Shogan opts for a trip a little further east and brings colour to his dishes with the brightest red chicken tikka you’ve ever seen and then Kelly delights in including twists and surprises to her menu including the world’s only Italian champagne.