The Cape Town City Ballet will return to the unique Oude Libertas Amphitheatre in Stellenbosch in March, 2018, after a period of 16 years. 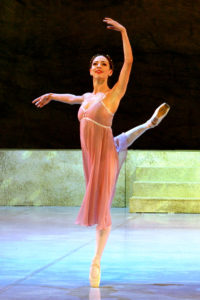 The ageless story of Romeo and Juliet will resound in the new choreography of Robin van Wyk, created especially for the romantic Maynardville Open-Air Theatre in 2017. Told in timeless classical style, this romantic ballet will transport the viewer into the realm of family dispute with a tragic, but uplifting conclusion.

The Cape Town City Ballet’s predecessor, the CAPAB Ballet Co, danced the version of this ballet by Frank Staff, reworked by Veronica Paeper, several times. While the story remains the same, Van Wyk  presents his characters in his own unique way. He re-introduces the character of Benvolio, friend of Romeo, as well as Romeo’s first love, Rosalind.

Van Wyk uses the incomparable Prokofiev score to enhance his choreography, letting the spectator be swept along in its grandeur. His characters are portrayed by the stars of the CTCB, alongside stars of the past, Janet Lindup, who plays the part of Lady Capulet, Johnny Bovang as Lord Capulet, and guest artist Craig Hedderwick as the Friar. 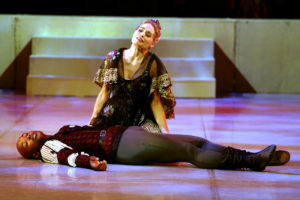 What: Romeo and Juliet by the Cape Town City Ballet

Where and when: Oude Libertas Amphitheatre, Stellenbosch from 7 to 10 March 2018