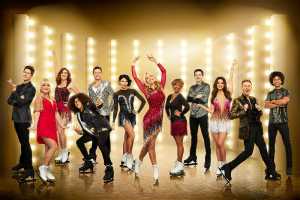 Dancing on Ice returns to ITV Choice featuring 12 celebrity skaters and a few surprises this time around to keep you hooked. The show will start on Friday, 7 February 2020 from 8 to 10pm for a 12th series of this deep freeze dance show. Twelve celebrity skaters will be taking to the ice in a blaze of glory, as each week they go head to head in a bid to become champions of the ice.

And this year promises to be more talked about than ever with the series’ first same sex dance couple and first blind contestant taking part. Here are the confirmed names – and their dance partners – for Dancing on Ice 2020…

Once again hosted by Holly Willoughby and Philip Schofield the judges for this series sees the return of Jayne Torvill, Christopher Dean and Diversity star Ashley Banjo who will be joined by actor and singer John Barrowmen (Doctor Who, Torchwood ), who replaces Jason Gardiner.

What: Dancing on Ice