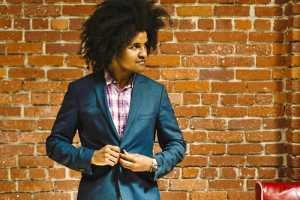 Premiering on Showmax in September 2021, Doin’ My Drugs is a captivating documentary that follows the life of Zambian-born Danish musician, Thomas Muchimba Buttenschøn (pictured left), who was born HIV positive in 1985.

After learning of his illness, his parents, who were also HIV positive, emigrated to Denmark to seek treatment. At the tender age of eight, Thomas would lose both his parents to AIDS related deaths, and he too would have a close brush with death. After fully recovering thanks to taking anti-retroviral (ARV) medication, Thomas threw himself into music.

He’s since found success in music, with millions of streams on the likes of Spotify and a stint judging the wildly popular Denmark’s Got Talent. He’s also married the love of his life and has two children, who, like his wife, are HIV negative thanks to his medication.

After connecting with relatives, Thomas’s attention turned to the alarming HIV/AIDS epidemic back home in Zambia. Statistics from the United Nations AIDS programme (UNAIDS) show that an alarming 1,5 million people out the country’s 17,8 million population live with HIV.

Shocked by the statistics and determined to make a change back home, Thomas embarked on a lifelong mission to contribute to a better understanding on HIV and lifesaving ARVs, using his music and his own life story as an example. On his journey to make a meaningful change, Thomas formed strong bonds and working relationships with a group of Zambian musicians that include B-Flow, Danny Kaya, John Chiti, Maiko and Mwiza Zulu.

To connect with his countrymen and women, Thomas, along with Tyler Q Rosen, director of Doin’ My Drugs, established the Muchimba Music Foundation (MMF), a foundation dedicated to creating change and awareness through music. Through this newly established foundation, Thomas and Tyler created a program for residents of the Zambian capital, Lusaka, to receive free tickets to a concert if they agreed to an HIV test. 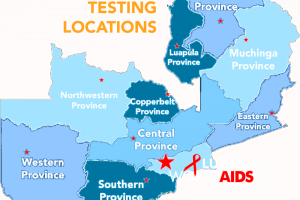 MMF has held Test-For-Tickets concerts since 2015 in Lusaka, an effort that has proved effective in shattering the stigma around testing and providing treatment to those who test positive.

During MMF’s campaigns, an astounding 10,802 Zambians were tested, and over 1,000 of those tested positive and were all enrolled into HIV counselling and treatment programs. The Test-For-Tickets program is already reshaping the conversation Zambians are having about HIV/AIDS.

Thomas’s objective is to test as many Zambians as possible, enrol those who need care into care, and drive down infection rates countrywide. Within the next several years, Test-For-Tickets will have a significant impact in Zambia, and beyond.

Doin’ My Drugs was shot over 120 days, over two and a half years, spanning the three continents of Africa, Europe, and North America. It is a project that was completely self-funded by both Thomas and Tyler.

What: Doin’ My Drugs

Where and when: Showmax from 6 September 2021