The Cape Town Philharmonic Orchestra is into innovative partnerships wherever possible, and when the chance to collaborate with Elvis Sibeko Studios arose, the CPO jumped at it, reports PETA STEWART: 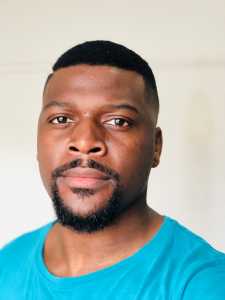 Together, they are presenting Dance Can Dance, a musical which celebrates the healing power of music. With ten songs all accompanied by various dance elements from ballet to African and contemporary, with some comedic magic (with dance of course) in between, Elvis is convinced people will leave with a song in their hearts!

Elvis Sibeko (pictured left), who conceptualised the idea in 2014, released an album of the same name last year during lockdown “to inspire artists to continue with their creative spirit and ignite them to have ideas that will help others during hard times. The aim of the show is to bring back the spirit of dance and music so that both creative artists and audience experience the greatest world of dance that is told through cinematic orchestra music and Afro-fusion dance styles,” he says.

For Elvis, choreographer, director and composer, this is not new.  He is known for his innovation, and has won many awards such as South African Arts and Culture Trust ACT award and the Netherlands DOX 2015 award for Best Dancer and Choreographer of the Year. Some of his most well known events include the choreography of Cassper Nyovest’s Fill Up FNB Stadium, one of the biggest hip-hop artist events in the country, and he has worked with Mynie Grove, Dizu Plaatjies, Didi Moses, Pops Mohamed, Brett Bailey, Mandla Mbothwe, Mzo Gasa, Jay Pather, Sbonakaliso Ndaba  Mamela, Nyamaza, Gregory Maqoma and David April.

One of his latest works, The Kingdom of Ubuntu, the Musical, was staged at Artscape during lockdown last year to celebrate South Africa’s Heritage month. It will be back this September.

“My vision is to produce a big musical each year that will create jobs for artists in their field of expertise and reduce the high rate of unemployed artists. I see my musicals on Broadway, and  touring the world. In the meantime, I am writing a new musical script!” says Elvis.

Elvis was born and raised in Daveyton Etwatwa in Johannesburg, and initially trained by Linda Lee Mhlongo at Leerhuleni Educational Theatre. He furthered his training as a professional dancer at Tribhangi Dance Theatre in Midrand, Johannesburg and in 2009 joined Jazzart Dance Theatre with Alfred Hinkel. He holds a Higher Education and Training Certificate in Community Development Practice plus a BA in theatre-making studies and BA Hons in Live Arts and Public Arts both at UCT, both specialising in dance.  In his busy career, he has also been a dance teacher, choreographer and outreach coordinator and worked with the Western Cape Education Department as a dance teacher. 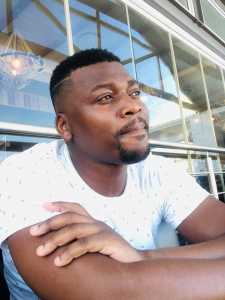 For three years, he taught South African Dance Styles in four universities in the Netherlands in Amsterdam, Utrecht and Fonteys and in 2016 was awarded a full artist-in- residence position as dancer, teacher, choreographer and curator for Netherlands Afrovibes Festival, one of the top African festivals in Europe. In 2019 he was part of a team who curated the Infecting the City festival in Cape Town.

Elvis dreams big, and he has always wanted to work with a symphony orchestra. He approached Artscape and got Marlene le Roux’s buy-in for venue, then the CPO, whose CEO Louis Heyneman loved the concept and immediately contracted Damian Philander to arrange the music, which was originally electronically generated, for full symphony orchestra.

In developing the concept, he partnered with indoni Dance, Arts & Leadership Academy under the artistic direction of Sbonakaliso Ndaba as choreographer; and choreographers Mzokuthula Gasa, Maxwell Rani, Janine Booysens, Tercia Alexander Amsterdam. The choreographers will work with Indoni dancers to create a musical dance piece that will be put together Elvis.

Proceeds from the concert will help sustain those artists who have been severely impacted by Covid.