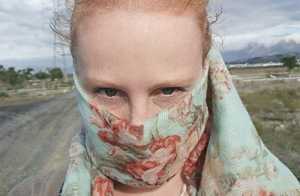 GROW, a lockdown comedy, has launched after more than a year in the making. The series was created by more than 100 South African filmmakers together with their friends and family.

Featuring veterans in the entertainment industry, the YouTube showcase started filming during SA’s initial hard 21-day lockdown on 26 March, 2020. The movie was snapped by the actors themselves, and takes viewers behind the closed doors of a private country estate in Cape Town suburbia.

It’s all the brainchild of actress, writer, producer and director Estelle Terblanche. “The impetus to sit down and write the series came from a solid belief that if we can laugh in our darkest moments, we are still okay. Laughter purges and it connects us,” she says.

The series follows Lea (Terblanche), a nosy neighbour and ‘journalist’ whose overzealous imagination transports the audience into the homes of the residents living across the road in her estate. Packaged as Lea’s #LockdownSouthAfrica documentary, each episode offers a glimpse into the residents’ private dramas, victories, and suffering, as they come to terms with being imprisoned by their own four walls. “I was keen to explore what was going on behind all the masks and sanitiser. I wanted to portray people’s real stories in a way that those watching could relate to, and to do so with sensitivity and a good dose of humour,” adds Terblanche.

The stories are as varied as the people. From Gina (Lee-Ann Summers) and Bulelwa’s (Pauline Aaron) unlikely friendship blooming while Covid-19 throws their lives upside down to Pieter’s (Wessel Pretorius) dismal attempts at DIY; Cherise’s (Liezel Rudd) mission to find love through online dating; and Herman (Gideon Emery) and Ilse’s (Autumn Withers) comical struggle with parenting during the hard lockdown – there’s something for everyone to identify with.

Directed remotely by Terblanche, the actors filmed their scenes on their phones in their own homes. They consulted via video call and Terblanche would send through clips of herself in the different frames and set-ups required for the scenes. Despite the unique circumstance where actors had to be both performer and ‘film crew,’ the team were up for the challenge and had fun with the creative process.

“Creating a show together from all over the country in isolation was such a special experience. It’s definitely something I would be thrilled to show my grandkids one day when telling them about living through a pandemic,” said Lara Hattingh who plays Marieta.

Actress and director, Sue Diepeveen, who played Leyla, believes that the series will be an important portrayal of a moment in history. “GROW will remind us of what it meant to be locked down and washing all our groceries. While I was often saddened to see that others felt exactly as I did in lockdown, it was the laughter that got me through.”