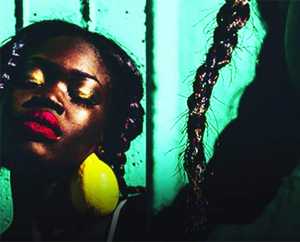 If you’re wondering how to enter TRACE Djouba Challenge then check this out.

TRACE is one of Africa’s major global broadcast and digital media companies which specialises in Afro urban music and entertainment, and now it’s challenging Africans to rise and express themselves through the TRACE #DjoubaChallenge.

Biggest Top 30 hits on the continent

Based off the popular TRACE Djouba official chart show, which plays the biggest Top 30 hits on the continent with influences of Francophone, Anglophone and Lusophone Africa, the #DjoubaChallenge is being issued to the entire African continent and launched on Africa Day to celebrate the African Music and Arts scene around the continent.

How to enter TRACE Djouba Challenge

Using the song Djouba by Capso (available on major streaming platforms) upload your video of you doing the Djouba challenge and include the hashtag #djoubachallenge.

The Top 5 videos will be picked out weekly  with the most interactions and viewings taking home the prize of $1,000 and a T-One (newly launched TRACE smartphone).

TRACE is a global broadcast and digital media company specialized in Afro urban music and entertainment. Through its 24 pay TV channels, radio stations, online and mobile services, TRACE connects with a 200 million multicultural audience in more than 160 countries. Launched in 2003 following the acquisition of the print magazine, TRACE has become the leading media brand for lovers of Afro Urban culture in Sub Saharan Africa, Europe, the Caribbean and the Indian Ocean.