Johnny Clegg is dead. The South African music legend, musical activist and musical unifier has died at the age of 66 after a four-year battle with pancreatic cancer. 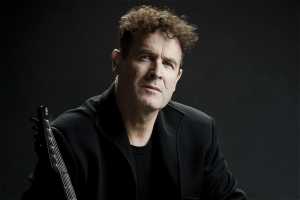 Johnny Clegg was the co-founder of the ground-breaking duo Juluka, who along with his musical soul mate Sipho Mchunu introduced not only South Africans but the world to an Afro-fusion blend of Zulu traditional rhythms and melodies melded with Western pop vibes.

The group rose to prominence in the 1980s in South Africa, breaking both cultural barriers and apartheid laws with hits such as Scatterlings of Africa, Impi, Great Heart and African Sky Blue. Clegg later went on to found the band Savuka, and then also toured the world as a solo artist for many years. His legacy as an African musician lies within the many songs well-known around the world.

An anthropologist and human rights activist, Johnny Clegg was also a Grammy-nominated artist and honoree of several doctorates and orders including the Order of Ikhamanga. The French Government in 1991 awarded him a Knight of Arts and Letters, and in 2015 he was made an Officer of the Order of the British Empire.

He had launched a series of farewell tours in 2018, appearing on stage with a variety of artists.

Tributes have been pouring in since the announcement of his death, from musicians, politicians, activists and his many thousands of fans around the world.

Clegg is survived by his wife of 31 years, Jenny, and their two sons Jesse and Jaron.

In Zulu culture it is customary that when a person departs this world they be given a dignified burial to guide them back home. The White Zulu, Johnny Clegg, OBE, OIS (7 June 1953 – 16 July 2019), was recently bestowed the honour of a traditional ‘crossing’ in the heart of Zululand  – watch the video.