Pianist Luis Magalhães will open the 2020 CPO season. He speaks to PETA STEWART about his unusual choice of work: 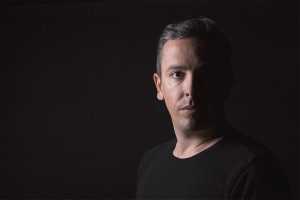 When asked why pianist Luis Magalhães has chosen to play the piano transcription of Beethoven’s beloved Violin Concerto to open the Cape Town Philharmonic Orchestra’s 14th Summer Music Festival, his answer is: “Why not?”

Then he says, “It’s not easy at all; musically it can be a disaster of Eskom proportions … literally lights out if one loses the musical plot (note to self:  uhhh better go practice).”

Magalhães, who is equally known for his sense of humour as his performances, will perform this concerto under the direction of the CPO’s principal guest conductor, Bernhard Gueller, on Thursday, 16 January 2020, at the Cape Town City Hall at 8pm. (Please note the City Council’s cancellation  of the date of January 30 meant this concert has been rescheduled.) Also on the programme are the overture to Mozart’s opera, Don Giovanni, and the Fifth Symphony by Prokofiev.

To go back to the why: “I love it,” he says. “The space and lyricism in the piano version makes it extremely attractive. It’s not your common concerto with displays of bravura, body-building and super cool keyboard driving. Instead one focuses all the attention and care to the story-telling quality of the work. The premiere of the version for violin was not that well received and was not performed that frequently until Joseph Joachim’s performance with Mendelssohn conducting, about 20 years after Beethoven’s death in 1827. Perhaps because it was not successful  and also at the request of the pianist and composer Muzio Clementi, Beethoven wrote a piano version. He also wrote the cadenzas – he didn’t write cadenzas for the violin,” Magalhães notes gleefully!

So why then is the piano version not played more?

“Honestly, I don’t know. One or more of following reasons?

“I am sure there are more reasons but they should all be ignored because it’s indeed a superb work.”

The profundity of the work

Magalhães was born in Portugal where he studied, followed by studies in the US and an appointment at the University of Stellenbosch plus an international career.

What goes through his mind when he sits there for a full three minutes while the orchestra plays a long introduction?  “It’s terrible. Obviously I try to listen and react to the orchestral presentation of the themes; sometimes I get ideas and provocations for something I could do better when is my turn. Often I get lost a bit in the beauty of the work which stresses me out because then I realise I was not thinking about my own stuff!! I sometimes try to remember if I went to the bathroom before, especially in long concerti. 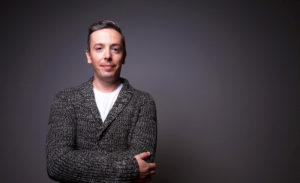 “That also happens to me also in recital. I get irritated at the first audience row – some people look at me for five minutes when I am not even playing … I get paranoid. Do I have toilet paper stuck on my shoe, or stains on my clothes? Maybe I’m moving too much? Too little? Should I smile? Should I stare at them for five minutes? Even talking about this makes me want to take an anxiolytic.”

Magalhães, who co-founded the Stellenbosch International Chamber Music Festival, the  Stellenbosch Piano Symposium and the award-winning TwoPianists label with Nina Schumann who is his duo recital partner, is having a busy time at the moment. After the CPO concert, he’s off to perform “the first marathon of Beethoven’s complete ten violin and piano sonatas at the International Mozart Festival in Johannesburg with Alissa Margulis, followed by recitals in Cape Town and Knysna over the next two days. A week later it’s a recital at the Portuguese Embassy. Then Woordfees in Stellenbosch. More Beethoven cycles in Portugal and Germany. Teaching in between.”

In other words, his normal life …

Where and when: Cape Town City Hall on Thursday 16 January 2020 at 8pm