After a tenure of six years, Cape Town Opera’s Matthew Wild is due to hand on the baton to his successor Michael Hunt at the end of March 2021. He speaks to BEVERLEY BROMMERT: 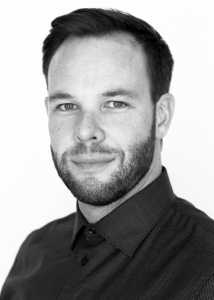 Not surprisingly Matthew Wild (pictured left), outgoing artistic director of Cape Town Opera, considers 2020 the most memorable year of his stewardship, for all the wrong reasons. However, as he reviews the past twelve months he acknowledges that some good has come of it: “It has to be a source of pride that we survived the challenges of Covid-19 and that, despite overseas cancellations of some of our productions, CTO is still in a sound position. Then there was the miracle of Porgy and Bess in Vienna with only seven singers instead of our 30-plus – an epic success as every available seat was taken.”

Commenting on the present state of affairs, he says, “We’re just trying to keep singers singing and shows on the stage, however small the audience. It’s an uphill battle to make sense of opaque regulations, but our priority is the long-term health of people as well as our industry. A further source of satisfaction looking back on 2020 is our ability to sustain the company: all our staff continued to receive 100% of their salary with no retrenchments.

We managed two full productions, La Bohème and Così fan Tutte, in addition to videos and newly-conceptualised filming projects such as the exquisite Stabat Mater in collaboration with Cape Town City Ballet. Some productions had to be moved to the 2021 season.”

Among these is Humperdinck’s Hänsel und Gretel, now scheduled to open on 3 April 2021 with four performances. It’s a blessing it has a small cast – only five principal characters and two fairies – and masks are serendipitously called for, although not the surgical variety required by Covid-19 regulations. The chorus will perform off-stage. 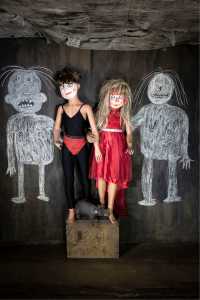 “What has been quite a challenge is the last-minute switch from Artscape Theatre to the Opera House,” says Wild. “We were only told in January, so the staging needed major expansion. On the upside, instead of a chamber ensemble we can now have an orchestra providing accompaniment.

The set is being constructed in Jo’burg as we speak, the work of highly regarded artist/photographer Roger Ballen (designs pictured right), who brings powerful theatricality to the opera’s staging. He took this change of venue in his stride…”

Ballen’s signature theatricality is channelled into evoking the dark side of Grimm’s fairy tale, which is definitely not for children. Decay is the salient feature, mainspring of imagery designed to disturb the audience through an unnerving juxtaposition of disparate elements. Wild cites a half-mannequin cheek-by-jowl with a live rat as a typical example, intended to speak to the subconscious and activate suppressed guilt and angst. By contrast, Humperdinck’s luminous music is the antithesis of this darkness, with its beguiling blend of simple folk tunes and Wagnerian complexity.

As it happens, Wild is directing Königskinder, another Humperdinck opera, in the Austrian Tyrol (in Erl) later this year.

So much for the present. In the near future is the first production for CTO directed by Hunt: Puccini’s La Rondine, last staged here in 2007 with Pretty Yende in the lead. Happily Wild will continue to be a presence in CTO’s 2021 season when he returns to the Mother City to direct The Turn of the Screw in November. Covid-19 permitting.

Look out for: Hänsel und Gretel at Artscape from 3 April 2021