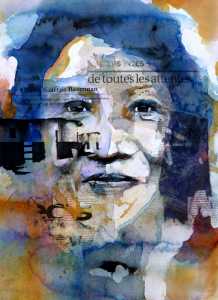 SABC 3 will premiere the first part of an intriguing new film Murder in Paris, based on the life of activist Dulcie September, on Human Rights Day 21 March 2021 at 7.30pm. The second chapter follows at 7.30pm on 28 March 2021, which is the day before the 33rd commemoration of Dulcie September’s death on 29 March. Murder in Paris is directed by award-winning filmmaker Enver Samuel (Walter Sisulu, Oliver Tambo, Indians Can’t Fly, Someone to Blame: The Ahmed Timol Inquest).

Liberation struggle hero Dulcie September was the ANC representative for Luxembourg, Switzerland and France and was mysteriously assassinated in the heart of Paris on 29 March 1988. The film explores why this former school teacher from Athlone and principled cadre was murdered, through the investigations of veteran Dutch investigative journalist Evelyn Groenink who has doggedly tried to piece together why Dulcie was killed.

“It is a well thought-through account that carefully traces Dulcie’s steps to bring to life her seemingly less acknowledged valor. In a world where political leadership is dominated by men, Murder In Paris reveals some of the distressing dark deals that led to her mysterious murder; and they still haunt South Africa to this day. It shines the spotlight on the role played by women of her stature and veracity in the struggle to liberate our country,” says SABC Head of Factual Genre, Thando Shozi. 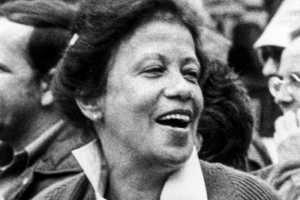 The film had its start in a chance meeting on Freedom Day 2017 in Bern, Switzerland where Samuel was attending the Visions du Reel Film Festival. During the Freedom Day celebration at the South African Embassy he struck up a conversation with Randolph Arendse, whose brother was married to Dulcie’s sister. He had seen Enver’s award-winning documentary about Ahmed Timol called Indians Can’t Fly. By the end of the evening, Enver had agreed to make a film about Dulcie with the blessing of her family.

The film is the culmination of this four-year journey and includes unique footage of the 30-year commemoration of Dulcie’s death in March 2018 in Paris as well as archive images never seen before in South Africa of this little-known liberation heroine.

“Dulcie’s life is a reminder to current day South Africa that the purpose of all the sacrifices and struggles of the past were not in vain and that a fair and decent South Africa is still a possibility. Her story needs to be told, it’s a story that will inspire those who strive for democracy and social justice and highlight the role of a selfless unsung heroine,” says Samuel.

What: Murder in Paris