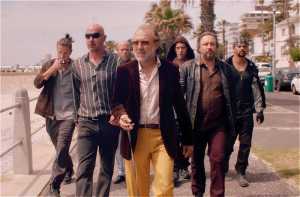 Krog, known for his work on various box-office hits, such as Ballade vir ’n Enkeling, Vir die Voëls and Thys & Trix, as well as television series like Die Boekklub 1, Sterlopers 1, High Rollers and Die Byl 2 has been working in the film industry for a number of years, and was one of the founding members of Firestorm Productions in Cape Town, which earmarked the start of a very successful career.

Ander Mens tells the suspenseful tale of Daniël Niemand (Bennie Fourie), one of life’s punching bags, whose life is changed irrevocably when his wife (Roeline Daneel) leaves him for their marriage counsellor (Tim Theron) and his criminal employer completely disrupts his mediocre existence. Before long, not only is he used as bait by the policeman, Johannes Ackermann (James Borthwick), to capture this crime kingpin, but he also becomes the victim of a series of very unfortunate misunderstandings. Although this chaos leads to great tragedy, it also helps him to achieve an important personal victory.

The film is presented from the perspective of Lieutenant Erica Kruger (Marlee van der Merwe), from the police witness protection programme, and is based on the bestselling novel by popular New Zealand author, Zirk van den Berg, Nobody Dies (later translated to Afrikaans as Ander Mens), which received the kykNET-Rapport Award in the film category in 2014. 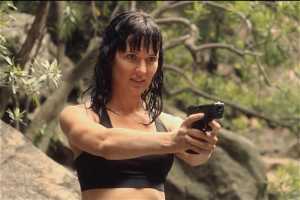 Bennie Fourie plays the role of the nerd, Daniël, who spends his entire life being bullied by the people around him. This respected actor and comedian, who is known for his roles in Vir die Voëls, Vuil Wasgoed, Mooirivier and Hotel, gained sixteen kilogram for his first lead and reckons that it helped a lot to place him in the shoes of his character.

“Many of the bad things that happen to Daniël, are things he allows to happen, and one of his biggest challenges is to reach the point where he takes control of his life,” reveals Bennie. “It was a difficult character to play, especially since he accepts things so complacently. I had to interpret him in such a way that the audience wouldn’t get annoyed with the fact that, for the majority of the film, he does not stand up for himself.”

Director Krog says: “The seriousness of the dramatic events on the screen is counter-balanced with sincere, effortless comedy, which makes it pleasing to watch. It is the type of film in which audiences can lose themselves, but will also leave them laughing and biting their nails at the same time.”