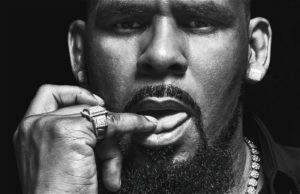 Surviving R. Kelly premieres with a double bill on Wednesday 6 February 2019 at 8pm and 8.50pm and delves behind one of the biggest scandals in music to date – with women emerging from the shadows and uniting their voices to share their stories of abuse at the hands of musician R. Kelly. The show has already aired in the US this January and has met with reaction from international stars like Lady Gaga apologising for once collaborating with the singer (in 2013) to SA’s Pearl Thusi and Jimmy Nevis calling out for a boycott on him and for his music not to be downloaded or livestreamed.

Celebrated as one of the greatest R&B singers of all time, the 52-year old’s career and playboy lifestyle has been riddled with rumours of abuse, predatory behaviour, and paedophilia. In 2002 he was indicted on 21 counts of child pornography but was acquitted of all charges in 2008.

For the first time ever, survivors and people from R. Kelly’s inner circle, are coming forward with new allegations about his sexual, mental, and physical abuse. With over 50 interviews including civil rights activist Tarana Burke, musicians John Legend and Sparkle, talk-show host and former DJ Wendy Williams, ex-wife Andrea Kelly, brothers Carey and Bruce Kelly, and many others, the true story of R. Kelly’s controversial past is revealed beginning in 1970 through present day.

The premiere episode in the six-part series explores R. Kelly’s rise to fame and power as an R&B icon where he formed relationships with younger singers and dancers including marriage to his then 15-year old protege Aliyah. Single episodes air weekly on Wednesdays culminating in the final episode titled Black Girls Matter on March 6 2019, which sees figures from women’s groups come forward to take aim against the sexually brazen superstar. Will R. Kelly now wish he could “turn back the hands of time?”

The Harvey Weinstein Scandal premieres on 13 February 2019 at 8.50pm and examines the rise and fall of Hollywood media mogul Harvey Weinstein and other men in power. This documentary explores milestones from Weinstein’s life, career, relationships and rise to mega stardom. It reveals the creation and many successes of Miramax and The Weinstein Company.

On October 4, 2017 a New York Times article lit the spark detailing the personal stories of sexual assault victims of Harvey Weinstein. Now that spark has become a blaze and is shedding light on three decades of abuse by Weinstein and other dominant figures

The documentary takes a deep look inside Hollywood and the abuse by powerful men in the industry and includes exclusive interviews with people who knew Weinstein, women who have come face to face with him and exclusive re-enactment scenes.

Weinstein is to stand trial in New York this May on five charges including rape. He is alleged to have sexually assaulted over 70 women dating back decades. He has denied all these accusations citing that any sexual encounters were consensual.

What: The Harvey Weinstein Scandal