The Rosies Stage line-up at CTIJF 2020 has been announced, with the intimate venue hosting Abdullah Ibrahim amongst others. 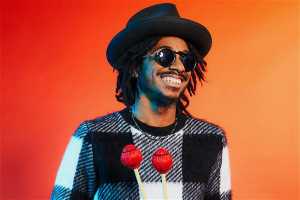 The Rosies Stage live performances are available at just R20 per performance, in addition to a CTIJF festival ticket, and allow festinos an exclusive opportunity to enjoy stars from the Festival’s stellar line-up.

More about the Rosies Stage line-up at CTIJF 2020

Joel Ross, the most thrilling new vibraphonist in America, grew up in a quiet Chicago South Side neighbourhood, where he began playing drums at church from a young age. He and his twin brother progressed to school and multi-school bands, where Ross took up xylophone and later on vibraphone. Following training with the Brubeck Institute Jazz Quintet at the University of the Pacific, Ross went on to create bands ranging from quartets to large ensembles.

Abdullah Ibrahim, South Africa’s most distinguished pianist and a world-respected master musician, has toured the world extensively for more than a quarter-century. An icon of the South African resistance movement, his song “Mannenberg – ‘Is Where It’s Happening’” became an unofficial national anthem for black South Africans under apartheid. 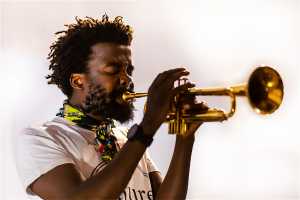 Port Elizabeth trumpeter and vocalist Mandisi Dyantyis (pictured right), blends traditional gospel with new age Afro-pop to create an award-winning sound for jazz lovers. His album Somandla was nominated for Jazz Album of 2019 at the SAMAs.

Elementaal is a coming together of two of the most indomitable forces in World percussion today, with Indian musicians Ranjit Barot and Tauﬁq Qureshi. The performance at Cape Town International Jazz Festival will further explore the crossover elements of jazz and indigenous African and Indian sounds and features progressive pianist Kyle Shepherd as part of the band and India child prodigy and bamboo flautist Amith Nadiq.

KwaZulu-Natal jazz musician Nduduzo Makhathini was raised in a musical family, where his love for music began at an early age. He completed his Diploma in Jazz Piano in 2005, and a decade later was awarded the 2015 Standard Bank Young Artist Award.

The following performances will take place on the Rosies Stage:

What: Rosies Stage line-up at CTIJF 2020

Where and when: 27 and 28 March 2020 at the Cape Town International Convention Centre (CTICC)