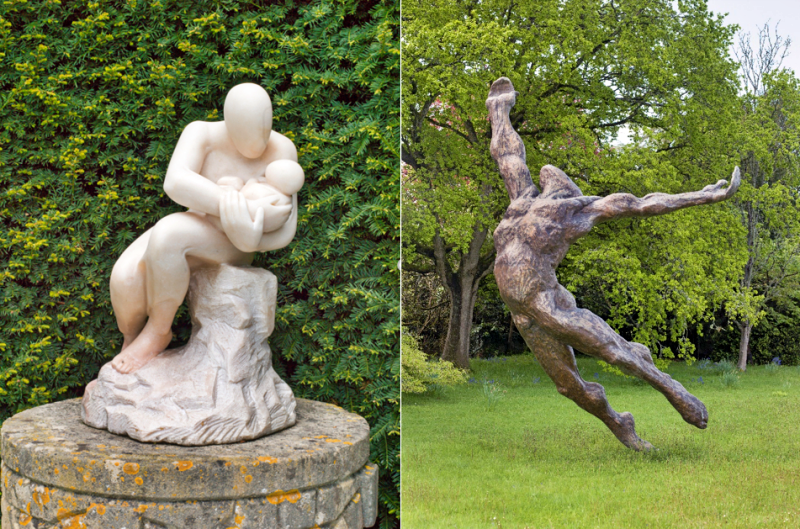 The largest-ever collection of works by South African sculptor and artist to come to auction will be offered at Bonhams New Bond Street,  in London, on Wednesday 1 September 2021. The Studio of Stella Shawzin sale consists of 104 lots, none of which have been seen at auction before. With estimates ranging up to £9,000 (approximately R180 000), all pieces will be sold without reserve.

Director of Bonhams Modern & Contemporary African Art Department, Giles Peppiatt, said: “It is difficult to think of a sculptor who worked with such a variety of media – bronze, marble, metal, wood – or who was so intimately involved in every stage of the creative process. From her visits to the marble quarries at Carrara, to the building of her own foundry at her Cape Town studio, Stella Shawzin oversaw the execution of each artwork from conception to completion. Unusually, she was able to work with great facility on both a monumental and an intimate scale. We are thrilled that the sale includes previously unseen works at auction which encompass her full artistic range – from a selection of life-sized bronze balancing acrobats to tender depictions of the female form, which can be held in the palm of one’s hand.”

Universality of the human condition

Born in the former Transvaal, South Africa in 1920, Shawzin grew up during apartheid. This experience had a profound effect on her work in which she sought to express the universality of the human condition, regardless of race or belief.  Many of her sculptures of men and women are almost entirely devoid of facial features, yet their emotional states are perfectly communicated by the shape and position of their bodies. These never-ending variations in position, feeling and movement, which Shawzin described as “limitless and timeless” are the hallmarks of her work.

Stella Shawzin’s artworks have been exhibited and appreciated across the world, including in London, Cape Town, Johannesburg, Paris, New York, and Bologna. A solo show was held at the Crane Kalman Gallery, London in 1991.

Highlights of the sale include: