The 16th annual South African Film and Television Awards are upon us, and DStv has a total of 12 #SAFTA16 nominations for its shows, talent and production houses represented on this year’s nominee list.

The awards cover production, scoring, wardrobe and makeup, writing, directing and acting, and are championed by the National Film and Video Foundation. They are presented to highlight and celebrate the achievements of all those contributing to the South African entertainment industry.

This year, DStv telenovelas and dramas made a strong showing, with the likes of Umkhokha, Legacy and The River making the list. 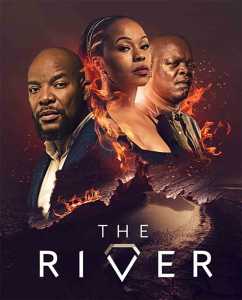 Veteran actress of stage and screen, Sindi Dlathu, had audiences on their feet last year with her heartfelt rendition of the theme song of the super successful telenovela that she has led since 2018. Truly multitalented, the drama diva had to remind everyone that she doesn’t only make dangerous moves to secure family fortune – she can make music, too!

This July, Nomafu and Lindiwe are at odds and Zolani has some important decisions to make. Tune in at 8pm every weekday on 1Magic (DStv Channel 103).

Ehostela is on every Sunday at 8pm on Mzansi Magic (DStv Channel 161).

This daring production went inside the structures of the church, looking at how power and greed can easily become the masters one serves above their god. Deli Malinga brought star power to the show alongside newcomer Hope Mbhele. Umkhokha is nominated in the Best Achievement in Original Music/Score (TV Drama) and Best Achievement in Scriptwriting (TV Drama) categories.

Look out for Umkhokha on Showmax.

Over the past few years Mzansi Magic audiences have enjoyed getting to know the Mseleku family on Uthando Nes’thembu. They opened their family life to South Africa and we have watched them go from strength to strength, building their public profiles along the way. This year, Uthando Nes’thembu is nominated in the Best Structured Soapie Reality Show category.

The reality show is available on Showmax.

This action-packed telenovela about money, espionage, the thirst for power and complicated relationships inside a South African family is in its second and final season on M-Net (DStv Channel 101), with episodes on Monday to Thursday at 7pm. Angelique, Dineo and Felicity are dealing with the fallout after a shocking court case, while Willem’s family rallies around to see him through a difficult illness.

See how the Prices and the Potgieters got to this point in their story on DStv Catch Up.

The quest to find true love and become the First Lady of the church has made for a dynamic reality show in Pastor Wants a Wife. The series is nominated in the Best Structured Soapie Reality Show category. See how this dating show with a twist played out on Showmax. 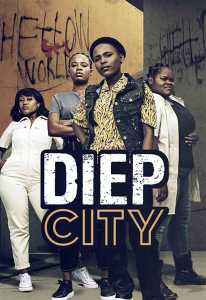 Since the first time Nox and her crew AmaWrong Turn hit the screen, DiepCity has kept viewers enthralled with a thrilling story about what happens in a neighbourhood of hustlers.

See if Mgedeza and Maureen will be able to lean on each other to get through the latest challenge of spirit of mind that is upon them every weekday at 8.30pm on Mzansi Magic. You can also get early access to new episodes of DiepCity via the DStv App or your connected Explora.

Lioness lead Shannon Esra is nominated in the Best Actress in a TV Drama category for her turn as Sam, a woman who is driven to the edge when she loses her child and her marriage and is framed for a crime she did not commit.

Season two is slated for the last quarter of the year on M-Net. For now, see what lengths Sam goes to, to regain a grip on her sanity on Showmax.

The 16th annual South African Film and Television Awards will be simulcast on Mzansi Magic (DStv Channel 161) on 2 September and 3 September 2022.

What: SAFTA-nominated shows on DStv 2022
WS