Scott, the 2019 Distell National Playwright Award Nominated Playscript, will be performed at the Theatre Arts Admin Collective from 10 to 15 September 2019 at 7pm and 14 – 15 September at 3pm. It’s written and directed by Morapeleng Molekoa and performed by Tafara Nyatsanza. 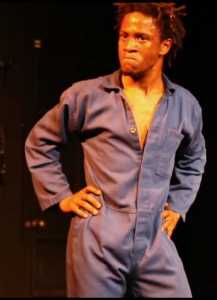 The writing process of Scott began in 2018 in response to a tragic incident that took place in Cape Town. In July 2018 Molekoa came across a Facebook post by Tankiso Mamabolo which read:

“An Afrikaans lady and her dog survived a head on collision. You would think this is a happy ending until you read the story further and realise that her black employee was sitting at the back of the bakkie and unfortunately did not survive.”

Upon reading this, Molekoa was compelled to ask: How did this man’s death affect his family (supposing he had one)? Is it possible that he also could have survived the collision if he had been allowed to sit in the front, along with the dog? More often than not, one sees black men seated at the back of bakkies going to and from work. How many of them have suffered the same fate, and how many other families have had to deal with losing them?

Scott traces the life and struggles of Sizwe, a gardener from Nyanga, who works for a white woman in Constantia looks after her dog, Scott. When Scott dies, Sizwe helps the woman to mourn and grieve for her dog. A few weeks later, Sizwe’s mother dies and things take a turn for the worse. The production is about questioning the equivalence of how animals are treated in white communities in relation to black bodies.

Morapeleng Molekoa, is a graduating Diploma in Theatre and Performance student specializing in Theatre-Making at the University of Cape Town. He was selected as one of the Top 5 nominees for the Distell National Playwright Award in 2019. His acting credits include Nineveh directed by Warona Seane, Party! directed Steven Feinstein, Heaven Is Not Closed directed by Lwanda Sindaphi and Lulamile Nikani, Ekoneni directed by Lulamile Nikani, and, My Brother’s Keeper and Jesus the Crucified, both directed by Nymph Kellerman. 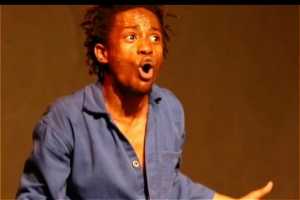 Tafara Nyatsanza is a third-year BA Theatre and Performance student at the University of Cape Town. He has performed in various theatre productions since 2014 including And then by Jacki Job, Richard III directed by Geoff Hyland, Beyond the Wall directed by Iman Isaacs, Nineveh directed by Warona Seane, and Lobengula Street Hard Cover Book Club, the Fleur du Cap-nominated Cattle Drive, and Murdering Agatha Christie, all directed by Nicholas Ellenbogen.

Where and when: Theatre Arts Admin Collective, Observatory from 10 –to 15 September 2019