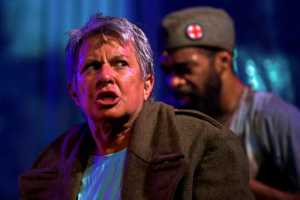 Magnet Theatre’s latest production, Snapped, a companion piece to the hugely successful I turned away and she was gone, premieres at the Baxter Flipside, from 16 September to 2 October 2021, at 7pm with Saturday matinees at 2pm.

This brand-new two-hander explores themes relevant in the current climate, sensitively and creatively dealing with relationships between fathers and daughters and what it means to be a good man. It tackles loss and grief (and what it takes to overcome these), mortality, as well as the futility and destructive nature of war.

Written and performed by Jennie Reznek and directed by Mark Fleishman, it also features Magnet graduates Carlo Daniels who plays the father, an unknown stretcher bearer and various other characters, and Sithyilelo Makupula, who joins Jennie and Carlo onstage as “crew”. 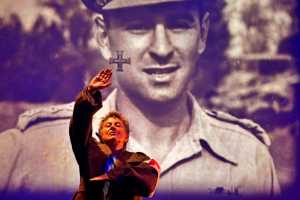 The play intersects two stories – that of a woman stuck in grief for her father and of a South African stretcher bearer from the Cape Corps stuck in a grave in Italy after the Second World War, unable to return home to his family and his country. Delicately presented, there’s warmth, immense creativity and a touch of humour, in a meditation on several visceral themes.

The title refers to ‘snaps’ – photographs that become remnants of peoples’ lives. Photographs and how images are captured, retaining their vibrancy long after the subjects have gone, are intrinsically woven into the narrative – light and dark. Light is the element that captures images but is also a reminder of its opposite – the darkness of emptiness, absence and loss.

“I wrote the play during lockdown, explains Reznek. “Although it has been brewing ever since my father died, 16 years ago. Once I had made I turned away and she was gone, which dealt with a relationship between a mother and her daughter and was in response really to my own mother’s death, the space opened up for this new work as follow on”.

Where and when: Baxter Flipside from 16 September to 2 October 2021, at 7pm and Saturday matinees at 2pm