The Stay Well Concert live with Tebogo Louw (pictured below) and others promises an online treat this weekend. 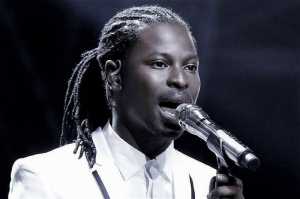 Music legends Chick Corea, Mark Isham, Greg Camp and chart-toppers from six continents will come together – virtually – for the Stay Well Concert hosted by actress Erika Christensen (Parenthood) and presented by the Scientology Network. The music special will be broadcast on Friday, 22 May 2020 at 8pm on the Scientology Network streaming at scientology.tv as well as on YouTube Live, Facebook Live and Periscope.

“Collaborating on these songs from a distance was quite interesting and crazily exciting,” said Suthukazi Arosi. “We as artists were involved passionately doing what we do best as messengers – to put the message out there that all people will get motivated, educated, healed and entertained.”

The Stay Well Concert live with Tebogo Louw and others includes:

Powered by a sense of global unity, the artists perform from their homes, participating in cross-continental and cross-genre collaborations. The performers hail from South Africa, Australia, Israel, Spain, Chile, the Caribbean, South Korea, Denmark, Italy, Germany, Canada, Mexico, Cuba, Venezuela and throughout the United States.

“Knowing myself to be a lover of music and setting the tone, I jumped right in,” said Tebogo Louw. “I’m excited about the positive message that I’m able to help communicate through my voice and the music. I can’t buy that feeling anywhere!”