The Braai Show With Cassper Nyovest will be hosted by award winning musician Cassper Nyovest. The show is currently in production, filming under strict Covid-19 precautions, and will be screened on SABC1 from Wednesday 8 September 2021 at 6pm. 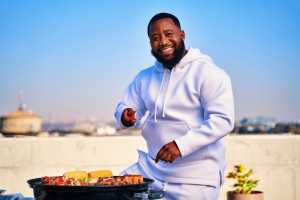 The Braai Show with Cassper Nyovest sees the multi-award-winning rapper spending time around the fire preparing delicious meals for Mzansi’s most loved personalities. Each week, Cassper and his guest pick a spot to set-up a braai, enjoy good food and well-marinated conversation. The show will giveviewers the opportunity to experience the chilled side of their favourite musician as he chats with his guests over food in a relaxed manner.

Cassper Nyovest has recently dropped his sixth studio album Sweet and Short 2.0 as well as his brand-new shoe range Root of Fame, a collaboration between Family Tree and Drip footwear. Meanwhile, his single Siyathandana – featuring vocalist, Boohle – is currently dominating the airwaves and the South African music charts. He has this to say about his new adventure: “With my new sneaker range I wanted to give people a taste of how it feels to be me. I want to explore this even further on The Braai Show with Cassper Nyovest. Not only will I try and get guests to reveal things people didn’t know about them, but I also want to show my fans a different side to my public persona. And, while I may not be a braai master, I’m pretty handy cooking on the coals. It’s going to be fun.”

The show is produced by Cake Media. Producer David Phume, the man behind the show, says: “Viewers have been asking for more and we are delighted to be back with a new season fronted by Cassper. He is one of the country’s most successful artists and his Fill Up The Dome concerts are legendary. However, with The Braai Show, viewers are going to see a different side to this musical genius. Expect some not-to-be-missed sizzling fun and conversations.”

What: The Braai Show with Cassper Nyovest

Where and when: Wednesdays at 6pm on SABC1 from 8 September 2021