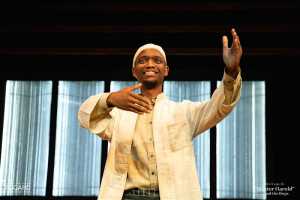 Theatre lovers will be able to stream some of The Fugard Theatre’s acclaimed past productions, visit the Information Hub to find out what is streaming both locally and globally, and even take a 360-degree tour of the Theatre’s foyer. Visitors can also learn more about Athol Fugard and his extensive body of work, as well as read up on the history of the building the Fugard is located in.

“We are hugely excited to launch The Fugard at Home platform, after weeks of hard work by The Fugard Theatre team. We encourage our audiences to explore and engage with the new platform, which has so much on offer. We will be announcing exciting additions to the platform in the weeks to come,”  says Greg Karvellas, Artistic Director of The Fugard Theatre.

“All of the content on The Fugard at Home will be offered free of charge and as a public service to keep theatre and the arts alive in the homes and minds of our audiences during the pandemic,” says Lamees Albertus, General Manager and Producer of The Fugard Theatre. 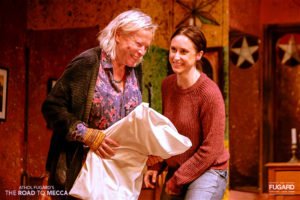 A highlight on the platform will be the opening of the Fugard Theatre’s production archive, where visitors can stream recorded live titles of a curated selection of The Fugard’s past productions. Available from 1 June will be Athol Fugard’s The Road to Mecca, starring South African legends Sandra Prinsloo and Marius Weyers and the award-winning Emily Child, which ran at the Fugard in 2018. The production received three Fleur du Cap Theatre Award nominations for Best Actress, Best Supporting Actress, and Best Set Design for the late Saul Radomsky.

In addition, the compelling production of Fugard’s Master Harold … And The Boys, which was staged in celebration of the Fugards tenth birthday, will also be available to stream due to popular demand.

The Fugard at Home will also feature The Performer Series, which will go in to production soon. The Performer Series will provide a sterilised environment for multi-medium, single performer, performance pieces, including theatre, dance, music and more, to take place on the Fugard’s main stage, filmed and edited and then broadcast on the The Fugard at Home platform. Once launched, an episode will be released per week.

What: The Fugard at Home