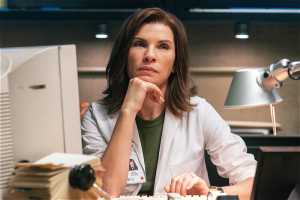 The Hot Zone with Julianna Margulies (The Good Wife) is now streaming on Showmax. The mini-series is about an outbreak of the Ebola virus in the US in 1989. Margulies stars opposite Liam Cunningham (Lord Davos, Game of Thrones) in the Nat Geo production which is based on the best-selling non-fiction thriller of the same name by Richard Preston.

An invisible, real-life monster with a ninety-percent kill rate, Ebola is enough to scare even the master of horror himself, Stephen King, who said the book was “one of the most horrifying things I’ve read in my whole life.”

Although it is a dramatisation, the six-part series is inspired by real events. US Army pathologist Colonel Jaax, a wife and mother of two, had one of the most dangerous jobs in the world. Every day, she donned layers of protective gear to enter the Biosafety Level 4 lab at the United States Army Medical Research Institute of Infectious Diseases (USAMRIID), where she handled the world’s scariest viruses. One day in 1989, she tested a sample from a research laboratory in Reston, Virginia, and quickly feared they were dealing with one of the deadliest viruses known.

What followed was a nightmare of accidental exposures, the discovery that there were no protocols in place for dealing with an outbreak, and bureaucratic in-fighting that saw Jaax forced to put her career, and her life, on the line to prevent an outbreak of the Ebola virus. 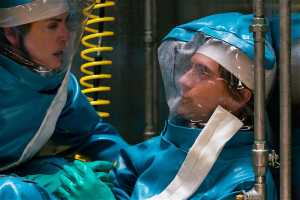 If the scenery in the Kenya flashback scenes looks suspiciously familiar, that’s because it’s very close to home. The story follows two timelines – the 1989 US incident, and the horrifying outbreak in Kenya almost a decade earlier, which makes up the back story of Cunningham’s character, Wade Carter. The Kenya scenes were filmed in South Africa in 2018, mostly in and around Durban and Richards Bay, so keep an eye out for cameos from South African actors Neil McCarthy (Jozi-H), Bohang Moeko (Ring of Lies), Sive Mabuye (Scandal), Sylvaine Strike (Black Sails), Joe Vaz (Good Omens) and Camilla Waldman (Wild at Heart).

The US release of The Hot Zone drew 7.5 million viewers when it aired in June last year, making it Nat Geo’s most-watched scripted series ever, with viewership numbers 350% up from the channel’s previous six-week average. It topped acclaimed scripted series Genius: Einstein, as well as MARS, and claimed second place (after The Story of God with Morgan Freeman) as Nat Geo’s most-watched series of all time.

What: The Hot Zone