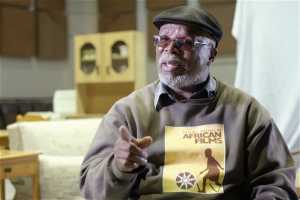 By the time I got to drama school at UCT in 1983 it was all over bar the shouting. The Space had been closed for about four years, and even though I saw a few productions in the actual space (Up ‘n’ Atom comes to mind),  it wasn’t long before the building on Long Street was shut down, only to reopen as an unworkable shadow of its political and powerful self many decades later. It is fair to say that many of us who were even vaguely politically aware or involved drama students, and then theatre makers, lived in the shadow and light of The Space. It was the kind of theatre making community we longed for.

So, a documentary that tells the story of The Space and its people – even with some of them gone – is a look back at both the institutionalised horror of the time, and the miracle of a theatre community that stood against it.

Told largely from founder Brian Astbury’s point of view, The Space Theatre of Survival is an emotional rollercoaster of an intense, volatile and desperate time in Cape Town and South Africa, and how theatre was a response to that time.

Interviews with, amongst others, Nomhle Nkonyeni, Fatima Dike, Athol Fugard, John Kani and Thoko Ntshinga make it both an unsettling yet nostalgic look at what was, and how it prepared the ground for the development and possibility of these South African theatre greats.

With archival footage of white Cape Town, black townships, Apartheid state violence and individual stories of the horror of the time, a real picture is created of how impossible, mad, dangerous, and ultimately magical The Space was. Productions were mounted only to be banned. Actors were hauled off stages and arrested. The Space was a defiant, crazy oasis of togetherness, passion and commitment.

Unfortunately, The Space Theatre of Survival features very little film footage of the productions that were mounted there. So, photos and memories have to flesh this out in the movie. And I am not sure that the full magic of what The Space was is totally captured here.

And then, because I am South African, the incongruous and bizarre choice of the unmistakeable James Earl Jones to narrate the film was plain weird for me.

The Space Theatre of Survival is a necessary record of a time. It places theatre at the heart of change. It remembers and honours those who made it and were born of it. The only thing that is missing from the film is enough theatre.

What: The Space Theatre of Survival