A new series of Vox concerts will see the vocal super-group tackle living composers as well as some seldom-heard compositions. Vox Cape Town’s whizz-duo Dr John Woodland (director) and Kyle Paulssen (manager) have conjured up further intriguing ideas with which to bring interesting and unusual choral works to their ever widening audience. 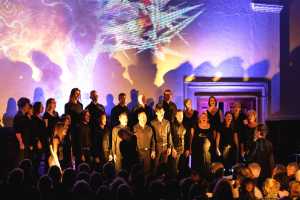 Followers who’ve been enriched by previous concerts such as Woodland’s juxtaposition of works from across the centuries composed by two John Tave(r)ner’s, their Baltic Voyage to the Northern Lights (a smorgasbord of contemporary composers from the North), and pairing vintage Constantia wines with choral music in ViniChoral II, will be delighted to learn about Vox’s latest musical adventure.

On 6 April 2019, at 8.30pm, moving into the fine arts world, among great art works hanging in Gallery 8 at the Norval Foundation in Steenberg, Vox will sing what is described as “a constellation of exquisite choral music.”

Over and above presenting unusual choral music to their well-versed choral-loving public, in attempts to introduce contemporary works to yet a wider audience, on 25 March 2019 Vox is holding a complementary (free of charge) concert. At St Andrew’s Presbyterian Church, De Waterkant, promptly at 7pm the public are invited to observe an open rehearsal to experience what the group gets up to behind the scenes, and then enjoy a glass of wine before the hour-long performance from 8.30pm- 9.30pm.Vox will provide listeners with a special preview of the musical programme that they will be presenting at the Norval Foundation two weeks later.

As part of a special partnership with Vox Cape Town, Ian Burgess-Simpson Pianos are generously providing instruments for both performances. The Norval Foundation performance will feature a Fazioli F212 grand piano and will mark this instrument’s official concert debut. 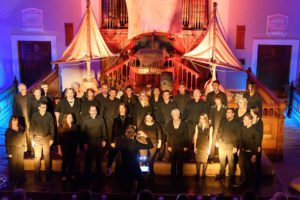 Vox concerts out of town

Moving further afield on Friday 31 May 2019 at 6.30pm Vox Cape Town will perform for the Hermanus Music Society at the Bouchard Finlayson Cellar. This performance, entitled Vox Out Of Town: A Musical Autobiography, will feature some highlights from various musical projects.

On Saturday 20 July 2019 at 11am and Saturday 27 July 2019 at 11am, Vox Cape Town will present two morning recitals at the Irma Stern Museum, Rosebank. Inspired by the museum’s winter botanical exhibition, among other works they’ll sing Benjamin Britten’s rarely heard Five Flower Songs.