You can walk amongst rhino in Zimbabwe in a specially-curated dedicated volunteer programme by Conservation Travel Africa (CTA). Why? If rhino poaching continues at its current rate, it is predicted that by 2030 rhinos in Southern Africa will be extinct. Southern Africa based Conservation Travel Africa (CTA) has curated a dedicated volunteer programme to not only protect this endangered species, but also offer tourists an opportunity to interact, engage and connect with these majestic wild animals. 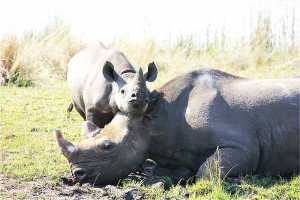 Based at Imire in Zimbabwe on a 10 000 acre private game reserve, CTA’s unique family-friendly conservation programme provides a once-in-a-lifetime opportunity to experience wild animals in a safe and natural environment. The programme includes teachings on endangered species, bushcraft and survival skills, and involvement in the local community.

“Time is running out for children to see endangered animals in their natural habitat. Seeing, touching and learning about wild animals at a young age can instil a passion for wildlife and make children aware of the fragility facing our majestic wildlife species. It’s never too early for a child to realise that every person can and should make a difference in protecting animals and nature,” comments CTA Marketing Manager, Jane Palmer.

Walk with elephants and black rhinos

Accompanied by experienced guides, parents and their children walk with both elephants and black rhinos, observing their behaviour, making notes on feeding activity, social interactions, and each rhino’s unique personality. Often noted as the highlight of the experience, the guides who are also responsible for the animals, impart knowledge on the species’ history, traits, and characteristics. 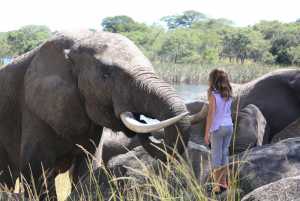 Palmer explains how the elephants are able to be approached, touched and fed whilst in the conservancy, “The elephants have been at Imire since they were very young, and are now habituated to humans.”

The rhinos, free-roaming during daylight hours, are viewed by visitors from a safari vehicle or on foot, but not touched unless they are in secured areas. Alternatively, volunteers are able to view them roaming in the wild area of the conservancy by entering safe viewing enclosures. At night however, the conservancy’s black rhinos and elephants are kept in enclosures under armed guard for their security, and guests are then given the opportunity to interact closely with these incredible animals.

Explaining the necessity to safeguard these wild animals, Palmer says: “To date, there are only 489 black rhino left in Zimbabwe, with over 175 of the species poached between 2013 and 2018.”

Currently there are three elephants and eight rhino (five black and three white) at Imire. The reserve is also home to four of Africa’s big five game (there are no leopards) and a variety of plains game including kudu, waterbuck, wildebeest, crocodile, giraffe, zebra and the rare sable antelope. Also, 150 species of birds and numerous different reptiles. 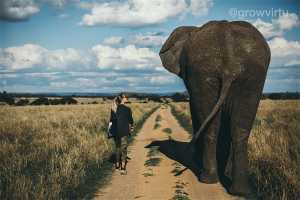 The project can facilitate up to three families (12 guests in total) with exclusivity offered subject to availability to groups of 10 guests or more at $9,000 for a week. Groups smaller than 10 can request exclusivity, however the price will be determined on a case by case scenario.

Fees cover accommodation; three meals per day including drinking water, tea, coffee and juices; laundry and housekeeping; and all activities on the project.