The 19th century tradition of pink tights for classical ballerinas never envisaged a world where darker skin tones would not only attempt to, but ultimately master the formidable discipline of ballet, writes SHUMI KUPARA: 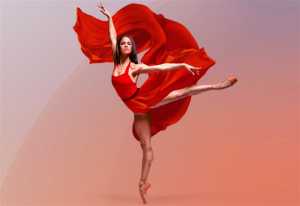 My four-year-old daughter constantly reminds me that when she grows up, she either wants to be a bunny holder or a ballerina. Like many mothers of colour, I smile at her and say, “Do you mean a doctor – like an animal doctor? Like a vet?’. Each time I secretly hope that she will fall for my not-so-subtle diversion, but each time she proceeds by attempting a pitiful pirouette, as she replies with a very determined “No mummy, a ballerina!’. I am ashamed to admit that the first time I saw her dressed in dusty pink, moving across the stage with the gracefulness of a scrum-half, her kinky hair restricted in a tight top bun, while disciplining her plump frame into an exaggerated plie, everything in me rose-up in defiance.

Don’t get me wrong, she is four years old, I hardly expect her to do anything with finesse. I mean we have only just recently mastered delivering food on a fork, from plate-to-mouth without any casualties, hashtag winning. My visceral response was solely centered around the fact that what she was wearing communicated a message I knew too well, “THIS IS NOT FOR YOU”. Her ballet teacher was absolutely darling, and my daughter approached ballet with unrivalled passion, but I knew that the 19th century tradition of pink tights (the closest they could get to nude at that time), never envisaged a world where darker skin tones would not only attempt to, but ultimately master the formidable discipline of ballet. 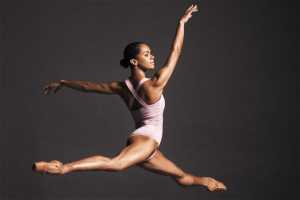 In 2015, Misty Copeland (pictured left) became the first African-American woman to be named principal dancer for American Ballet Theatre. She was featured in Time magazine’s list ‘100 Most Influential People In The World’ in the same year. She paved the way for ballerinas like Michaela de Prince and Precious Adams to set the stage for what the world could no longer deny – that the faces and legs of ballet are changing. In order for me to understand why I had taken such umbrage at my daughter’s pink parade, I realized I  needed to understand the origin of the colour and why traditionalists view it as being so sacred.

Pointe shoes were invented around 1820 and when worn should ideally blend in with the colour of the dancer’s leg and not “break the line”. Until as recently as 2017, pointe shoes were only made for white people and ballet dancers of colour  had to paint their pointe shoes with cheap brown make up – a tedious 45 min process referred to as pancaking.  British footwear company Freed, the world’s leading pointe shoe manufacturer, hand-making 300,000 pairs a year, now manufactures shoes in bronze and brown. US company Gaynor Minden also launched a new colour range in 2017 specifically targeting ballet dancers of colour.

In 1974 dancer Llanchie Stevenson was the catalyst for colour change: From her first days in the Dance Theatre of Harlem, she consistently implored Arthur Mitchell (who founded the first African-American  classical ballet company) to allow them to wear tights and shoes that matched their skin colour. Mitchell liked it so much he decided that all dancers had to wear tights to match their skin.

Theresa Ruth Howard, founder and curator of the Memoirs of Blacks in Ballet, describes this decision as a declaration of ownership of the art form, and a redefinition of classism. It is important to understand that Flesh-toned tights change the ballet narrative to one of inclusivity, i.e.  its ok to have brown skin and be doing ballet. You don’t have to disguise your skin especially if the names of the colours of the tights are as delicious sounding as chocolate, nutmeg , mocha , cinnamon and caramel. Wearing pink tights is accepted as a part of maintaining uniformity among the corps de ballet dancers, meant to perform in sync. Wearing salmon-pink tights is generally regarded as tradition, but English National Ballet dancer Precious Adams has decided not to, she prefers to wear brown tights that match her skin tone. She explains this decision by saying the following, “It changes the aesthetic – you want there to be continuation between your upper and lower body and there’s a big disconnect if I put pink tights on.” 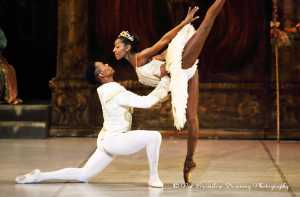 Very few moments fill me with such a sense of hope and belonging as when I showed my daughter a picture of Precious Adams (pictured right), playing the role of princess Aurora in Sleeping Beauty performed by the Cape Town City Ballet at the Artscape Theatre centre in Cape Town, accompanied by the Cape Town Philharmonic Orchestra. The picture was of her wearing pristine white feathered costume in stunning contrast to her chocolate coloured arms and legs extended in a glorious arabesque. “Wow mummy”, she exclaimed “ I want brown tights like hers!”. My heart was full.

Inclusivity bridges the divide between exclusion and diversity, building that bridge means asking what would make people feel included . This was profoundly demonstrated when a photo of ballet dancer Samrawit Saleem who opted to wear her natural hair for her role as Clara in The Nutcracker went viral.

For girls and boys of colour flesh-toned tights, brown pointe shoes and natural hair are a huge leap forward for inclusion in the ballet world, particularly in South Africa. Traditionalists who believe that this is a crude departure from the accepted norm need only ask themselves this question; If the tradition of wearing pink is intended to match the dancer’s complexion, is it not safe to say that flesh-toned tights and brown pointe shoes achieve that very goal?