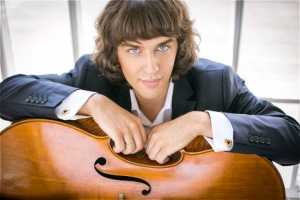 What’s more, Capetonians will be will be experiencing what St Petersburg audiences heard just this month, on 9 June 2019, when he played the same work there under the direction of Valery Gergiev.

Alexander Ramm, who is on a three-week concert tour of South Africa, made his debut with the KZNPO on 6 June 2019, having played two concerts with the JPO the week before. He will be in the city not only for the CPO concert on 13 June under the direction of Arjan Tien, but for a recital for the Cape Town Concert Series, a  Winter Matinee, two days after the CPO concert on 15 June.

His track record is well known as one of the most sought-after cellists of his generation. His collaborations with Gergiev are legendary – his recent concert with the Prokofiev was broadcast on French television, and he made his debut at the Paris Philharmonic and in Cadogan Hall in London.

Alexander Ramm laughs when he recalls how he became a cellist: “It wasn’t easy growing up in Kaliningrad in the mid-1990s, and my mother suggested that at the age of six or seven that my brother Martin and I should go to the music school. I had friends there, eight violinists and one cellist, and began to see myself as a great violinist, and pretended to be one in front of the mirror. But it didn’t work out. They said I was too old and that I should play a ‘bigger violin’, one where I could sit and practise and play. As soon as I took up the bow and made my first sound, I knew that the cello was my instrument.”

His instinct was spot on. “Thank heavens I am a cellist. I have nothing against the violin but the works written for the cello touch the souls of those who hear them. The cello sings, like a human voice. There may not be as large a repertoire for the cello as for the violin, but each work is deeply philosophical. Works for the cello are not show-off pieces like Sarasate and Paganini, which have showmanship and virtuosity but less of music!” reckons Ramm.

“For instance, the Prokofiev Sinfonia Concertante is very close to me. It’s a favourite of mine, one I started to discover when I was about 16. I took it very seriously and only performed it for the first time in 2011 in the Moscow Great Hall when I was 24. I had finished studying at the Moscow Conservatoire and was embarking on a career, beginning with competitions like the UNISA one and the 2015 Tchaikovsky Competition, in which I won a silver medal. Every time I play it I discover something new, something challenging,” he explains. “I don’t like to play pieces that are too easy and this piece has everything. It’s about everything – life and death – and technically it’s very challenging.” 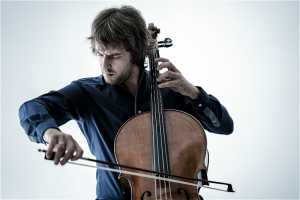 Ramm came to Cape Town via Seoul and Lithuania, where he played all the Britten pieces for solo cello in one concert, for the fourth time. He has also recorded them – they are available on iTunes, and Cape Town audiences will be introduced to them in his recital for the Cape Town Concert Series when he performs the 1st suite as part of his programme. In the rest of the recital, he will be partnered by “my dear friend” pianist Bryan Wallick.

After this recital, he is back to Russia for more concerts and recitals, some with his wife and duo partner, Anna Odintsova, who won the award for best duo partner in the 2015 Tchaikovsky Competition. “We have been performing together for more than 10 years,” he says.

On the CPO programme will also be Delius LaCalinda and the Symphony No. 4 by Anton Bruckner. On the Concert Series programme are Beethoven Op. 5, No. 2, Tchaikovsky Pezzo capriccioso, Chopin Cello Sonata, all accompanied by Wallick, and the Suite for Solo Cello No 1 by Benjamin Britten. You can hear him perform on his Cremona Cello made by Gabrielle Jebran Yakoub, a gift from the Schreve family (Amsterdam) and Elena Lukyanova (Moscow). 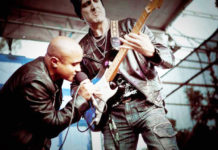 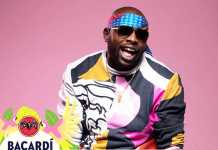 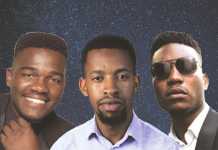