Two of television’s most critically acclaimed dramas, Big Little Lies season 2 and The Handmaid’s Tale season 3 both start on DStv on Monday 10 June at 9pm and 10pm respectively. 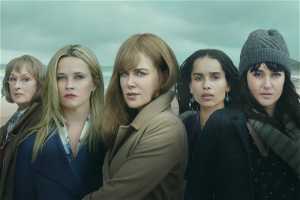 On Monday 10 June 2019 at 9pm, Big Little Lies returns with the fine talent of its excellent first season: Reese Witherspoon, Nicole Kidman, Shailene Woodley, Laura Dern and Zoё Kravitz – alongside an imposing new character played by Academy Award-winner Meryl Streep. Season one unpacked the intricate stories of five very different wives, mothers and complex women whose lives were thrown into turmoil by the events of a single night. Now, in season two, everything seems the same in the tranquil seaside town of Monterey, California. Our mothers continue to dote, their husbands continue to support, their children remain adorable and the houses are just as beautiful.

But the night of the school fundraiser has changed that façade, leaving the community reeling as the “Monterey Five” – Madeline, Celeste, Jane, Renata and Bonnie – bond together to pick up the pieces of their shattered lives. Relationships will fray, loyalties will erode – and the potential for emotional and bodily injury shall loom. 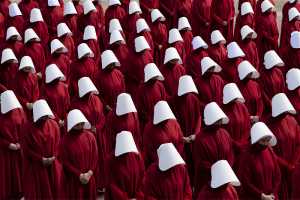 Then, on Monday 10 June 2019 at 10pm, The Handmaid’s Tale season 3 continues to be driven by titular handmaid June, played by Elisabeth Moss. Based on the award-winning, best-selling Margaret Atwood novel of the same name, The Handmaid’s Tale explores a harrowing future in the dystopia of Gilead, a totalitarian society in what was formerly part of the United States. Facing environmental disasters and a plunging birthrate, Gilead is ruled by a twisted fundamentalist regime that treats women as property of the state.

In season three we find June’s resistance to the regime taking centre stage, after opting not to flee to Canada with her baby at the end of season two. Evermore resolute, our heroine finds that striking back against her oppressors is a struggle she must face against overwhelming odds: there will be startling reunions, betrayals and a journey to the terrifying heart of Gilead which will force all characters to take a stand, guided by one defiant prayer: “Blessed be the fight.”

Both series will also be available to stream on Showmax at the same time as M-Net Channel 101.

What: The Handmaid’s Tale season 3