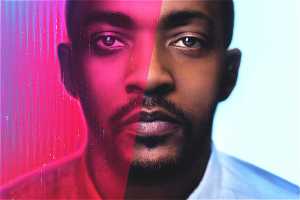 Charlie Brooker’s dystopian-chic series, which examines society’s relationship to new technologies, is one of the smartest around. And, of course, one of the most ironic, seeing as it is actually being screened on a new(ish) technological platform (Netflix). But that is one of the biggest joys of Black Mirror: its unapologetic reliance on a familiarity with contemporary tech and its social platforms, and its channels of black mirrors – TV screens, computer monitors, smartphones.

Brooker and his colleague Annabel Jones started the series in 2010, with a three-part season that swiftly captured imaginations. The sci-fi element, mixed with just enough of the present to make things feel uncomfortably real, and therefore more creepy, was a hit. The approach, as Brooker described it, was to make shows that reflect “the way we live now – and the way we might be living in 10 minutes’ time if we’re clumsy.”

Four seasons and several Emmy awards later, we have the latest Black Mirror trilogy. Interestingly, each season is usually just three to maybe six episodes long, and the stories are not related. Rather, they are stand-alone mini-movies, short stories if you like, linked by a similar sci-tech theme.

I’ll start with the episode I liked least, which was the last one. I had high hopes for Rachel, Jack and Ashley Too as it was filmed in Cape Town (as have some previous episodes, most notably the award-winning San Junipero), and it’s always fun to try and spot local settings and local actors. And it starred Miley Cyrus, which was … interesting. But the premise – about a teen pop star who brings out a range of dolls made in her image, and how this syncs in with AI, was a bit frothy for me. Brooker and Jones admit they were going for a kind of Pixar feel, which is maybe why I didn’t relate so well. And apart from vaguely recognising Bishopscourt (I think), there was nothing to say this was home.

But the first two episodes were dope. Striking Vipers follows two college friends, Danny and Karl, who’re now post-college with families/kids/partners/whatever. When Karl gives Danny an ultra-fresh VR-enabled video game, they both jump at the chance to rekindle their earlier friendship – in more ways than one. I won’t spoil things by blurting out what happens in the VR space, but I liked the way it was handled. And resolved. 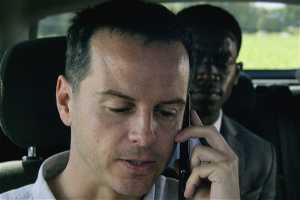 Smithereens goes much deeper into the dark side. A disgruntled ride-share employee (think Uber) kidnaps the employee of a large social media company (think Facebook), and threatens to kill him unless he gets to speak to the social media CEO (think Zuckerberg, obviously). There’s a stand-off in a field while a ridiculous set of gate-keeping steps keep the kidnapper on hold (literally) while the CEO is located meditating in the desert (honestly). It’s a tragic little tale, with minimal humour and maximum relevance. Even if some of it does seem a little too obvious.

All three episodes, however, are extremely well-made, as is the rest of the series. While all the Black Mirror episodes may jump genres and push boundaries, it’s always done smartly. Fans will not be disappointed. And initiates will want to watch more.