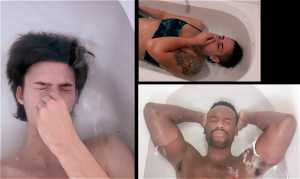 Tim Greene’s miracle project Cabin Fever is a full-length feature borne out of lockdown, with lockdown itself both background and protagonist. And it is shot by a cast of actors, mainly on their phones, while in the first stages of SA lockdown.

I first heard about Cabin Fever on Facebook, when Tim made a call to actors to get involved in his ‘lockdown project’. Now it is a beautiful, sophisticated and moving feature film.

Cabin Fever is not weighed down by anything that could have limited it. Instead it breaks all barriers to it being a ‘lockdown’ movie. It is clever and complicated (there are a few teeny bits of storyline that push the envelope a leetle bit), beautifully performed and superbly edited.

A family drama set around the globe

Essentially a family drama, with members of the family all over the globe, the relationships between siblings, estranged parents, stepmother and friends are beautifully set up, and then tested by illness and death.

Sarah, stepmother to adult siblings Faye, Kelsey and Jojo, has to hold her family together while her husband Andrew loses the plot in total lockdown in Abu Dhabi. Added to the mix is the illness of the children’s estranged mother, an online dalliance, secrets and lies, blackmail, money problems and mental health issues. It’s a lot, but it all makes total sense. Lockdown and Covid-19 have heightened our senses, made us prickly, crazy, fearful, vulnerable and needy. 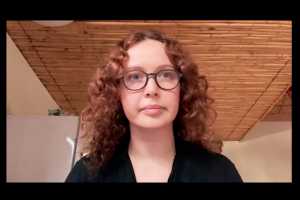 All the performances by the actors are outstanding, from Jenna Upton as Sarah, right through the cast list to a delightful cameo by Gideon Emery. This is teamwork in isolation and at its absolute best.

Another treat is to see the houses and locations of the characters, knowing that plans were made to use what each actor had at their disposal. This is incredibly well handled.

I have just watched Cabin Fever and I’ll watch it again.

Where and when: Cabin Fever premieres on DStv Box Office next week on 5 August 2020 and runs there exclusively for six weeks

Watch: The Making of Cabin Fever