Tune in to what’s been dubbed ‘an unprecedented edge-of-your-seat view’ of the natural world’ with EARTH LIVE, followed by a sneak peek of Safari LIVE: Migration, bringing viewers face to face with the thrill of Africa’s great wildebeest migration in real time

This all premieres on Monday 10 July, 2017 on National Geographic and Simulcast on Nat Geo WILD and Nat Geo MUNDO. 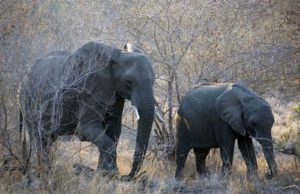 National Geographic has announced that Emmy Award-winning TV personality Phil Keoghan will join Golden Globe, Emmy award-winning actress Jane Lynch as host of the network’s greatest-ever natural event, EARTH LIVE. National Geographic will bring global viewers a night of unprecedented live wildlife programming across National Geographic, Nat Geo WILD and Nat Geo MUNDO networks. The two-hour live broadcast is the first of this magnitude — think of it as the Olympics of the natural world — showcasing the best of the animal kingdom in real time and in spectacular fashion.

Following EARTH LIVE, the exciting journey continues at that same night with a sneak peak of Safari LIVE: Migration. For three years, Nat Geo WILD’S Safari LIVE has mounted an unprecedented production, broadcasting live safaris daily from the famous Sabi Sands in South Africa’s Kruger National Park. Now, Safari LIVE ventures into new territory, Kenya’s Maasai Mara, to capture one of the most breathtaking and dramatic wildlife spectacles on the planet — the great wildebeest migration — broadcast live to living rooms around the country for the first time ever. Safari LIVE: Migration will be simulcast on National Geographic and Nat Geo WILD immediately following the premiere of EARTH LIVE and the adventure will then shift to Fridays exclusively on Nat Geo WILD.

EARTH LIVE will be anchored in a New York City studio and guided by hosts Lynch and Keoghan as it is simulcast globally on National Geographic, Nat Geo WILD and Nat Geo MUNDO in 171 countries and 45 languages. Joining the hosts in studio is animal expert, zoologist and naturalist Chris Packham. Together, Lynch, Keoghan and Packham will give viewers access to dozens of key locations across six continents — from South America to Asia and everywhere in between — as world-renowned cinematographers use cutting-edge technology to showcase a number of wildlife firsts. And, for the first time, viewers will watch live wildlife lit only by the moon, in full color, via new low-light camera technology with a Canon ME20.

Over the course of the two-hour broadcast, viewers will witness the earth’s greatest wildlife, shot by the world’s greatest wildlife cinematographers: Emmy award-winning wildlife cinematographer Bob Poole will be in Ethiopia to get up close and personal with a hyena clan, filming with ultra-lowlight camera technology; legendary National Geographic photographer Steve Winter, best known for his work documenting the cats of the Pantanal over the past 20 years, will give viewers an inside look at the ocelot, a rare and elusive cat; the celebrated wildlife cameraman and National Geographic Explorer Sandesh Kadur will focus on langurs, the Old World monkeys found in Jodhpur, India; Sophie Darlington, who made her name filming big cats, will employ cutting-edge, military-grade thermal imaging cameras to expose the hunting strategy of a pride of lions in Kenya’s Maasai Mara; and Emmy Award-winning cinematographer Andy Casagrande will broadcast live underwater from a feeding frenzy of bull sharks in the South Pacific’s Fiji.

National Geographic Explorer-in-Residence Dr. Robert Ballard, best known for his discovery of the RMS Titanic, will also join the broadcast as he explores the depths of the oceans off the coast of California during one of his Nautilus expeditions.

Some of the locations EARTH LIVE will broadcast from include Bracken Cave, Texas, where cameras will capture the 20 million Mexican free-tailed bats as they leave their subterranean cave; Fiji, where strong tides powered by the moon pull nutrients up from the depths of the sea to fertilize the reef and create a perfect home for bull sharks; Maasai Mara, Kenya, where cameras will capture prides of lions waiting for migrating herds to pass; Jodhpur, India, where troops of Hanuman langurs wake up from their overnight roosts in search of food; and Alaska, where cameramen and scientists will travel to the southeast coast in search of humpback whales to capture whale DNA with a specifically designed drone called the “snot-bot.”

In the span of two hours, viewers will experience the adventure of a lifetime as they travel the world and witness how species respond to the powerful forces of nature in order to survive.