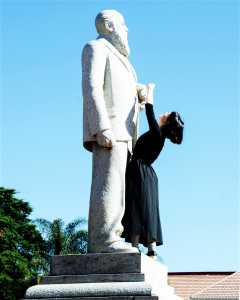 The University of Cape Town’s Institute for Creative Arts and curator, Jay Pather have once again teamed up to transform Cape Town’s communal spaces with popular public arts festival, Infecting the City 2019 (ITC). The six-day long festival presented as a series of daytime and nighttime events will take place from Monday 18 November to Sunday 24 November 2019.

Included in this year’s diverse programme are top South African and African artists from Cape Town, Durban, Johannesburg, Eastern Cape, Zimbabwe and Namibia, who will be joined by international acts from the Netherlands, France and Switzerland. From vertical dancers on city walls to performance activity in parked cars, ITC 2019 will activate city spaces from the Castle to the station, the fountain to the Cathedral and beyond.

“An emerging theme from this year’s proposals is work based in classical African tradition. Works that explore how classical African performance and rituals work inside of the urban space. This is also to create atmospheres of cleansing and interiority within these commercially driven, materialistic spaces,” says Jay Pather.

Joining Pather as a curatorial fellow for the festival is internationally acclaimed dancer and choreographer of African indigenous and cross-cultural dance, Elvis Sibeko, who brings extensive experience with traditional African productions. Sibeko will be curating two programmes – one traversing the city centre, the other with the Castle of Good Hope as a backdrop – that bring together contemporary and classical African performance of various kinds. 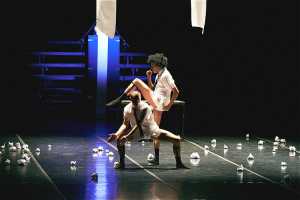 Infecting the City 2019 will be tackling issues such as women empowerment with productions that are not only performed by women but also curated and directed by women. “Women traverse a thin line of security in our public spaces. Foregrounding these issues in a public space is essential. And no amount of bringing this to the center and in public will be enough”, says Pather.

Pather explains that as our environment becomes more trying, riddled with complexities and debates around land, poverty, race, safety and security and the environment, there is growing insularity. Public art creates the circumstances for emotions to be stirred, and for discussions to take place publicly.

He goes on to say that public art combines the intimacy of art with the public encounter. Infecting the City creates a space for issues to be raised and debated, which is needed in the country, now more than ever. More than 20 years into democracy, South Africa is still one of the most unequal countries in the world and spaces where we can feel and think together are becoming increasingly important. 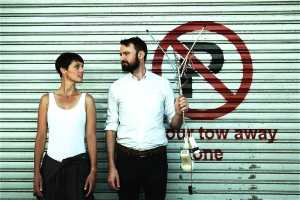 The festival will comprise six programmes or routes, winding their way through the cityscape – three day-time routes and three evening routes, from 6 to 9pm.

For information about artists and works represented at this year’s event, visit www.infectingthecity.com. Follow Infecting the City 2019 on Facebook, Instagram and Twitter for programme updates and festival information. The full festival programme will be released in October.