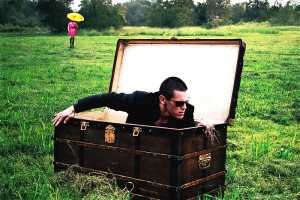 Spike Lee is known for making movies with political undertones. But Oldboy is nothing of the sort. It’s a psychological thriller. And I’ll admit, I was frustrated within 10 minutes of watching this movie. I was thinking to myself, where the hell is this movie going?

Then just after the 10 minute mark something strange in the movie happened. I thought to myself: “Well, this is a bit interesting”. And slowly, the movie moved from interesting to just downright strange. I gave it another 30 minutes and then it slowly turned into a full-blown psychological thriller, with some graphic violence thrown in a bit later.

And then towards the end, the thing that every good movie should have, happened. The big scene that makes you go: “What the Fuck! No no no no that did not just happen! Let me please pause for a minute.” That scene that reminds you of the first time you saw Khaleesi straddling her dragon and pulverizing a thousand souls at once. That scene which makes you remember a movie even if most of it was forgettable. As some like to call it, The Big Twist.

My next thought was, I was NOT expecting that. This is evil …

Read more: Oldboy is a 2013 American neo-noir action thriller film. The film is an official remake, or as labelled by director Spike Lee a “reinterpretation”, of Park Chan-wook’s 2003 South Korean film of the same name. Both are adapted from a Japanese manga, also of the same name. RogerEbert.com described it as “a lively commercial genre picture with a hypnotic, obsessive quality, and an utter indifference to being liked, much less approved of.”