BBC Worldwide Channels features the likes of Paul Hollywood’s Car Nations and Celebrity MasterChef from 7 to 13 August. Also tune into Amazing Spaces: Shed of the Year as George Clarke and team travel across the UK searching for the most innovative and creative uses of the lowly shed, and seeing one owner crowned champion. 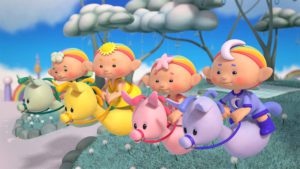 Their job is to look after the sky and Sky Friends – Sun, Moon, Rainbow, Fuffa Cloud and Little Star. Every morning they jump on their Skyhorsies and begin their day’s work of looking after the sky. The series promotes caring for others and the world around us. 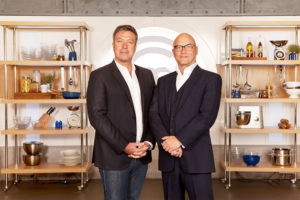 Celebrity MasterChef
Series 10 (12 episodes), From Wednesday 9 August at 20:00 on BBC Lifestyle (DStv Channel 174)
A sizzling line up from the worlds of music, sport and showbusiness, nervously enter the famous MasterChef kitchen as they bid to become Celebrity MasterChef champion. Stand by for catastrophes, competitiveness, disasters and edge-of-seat moments as the ever-popular series returns to celebrate its 10th anniversary.

Judges John Torode and Gregg Wallace tasting their way through a range of lip-smacking and possibly distasteful dishes, as they discover which of the 20 celebrities have the palate, imagination and culinary skill to make it through the heats, and secure a place in the semi-finals. If they make it into the final three, they must draw on everything they’ve learnt during their MasterChef journey to impress the judges and to be crowned champion.

Paul Hollywood’s Car Nations
Series 1 (3 episodes) From Wednesday 9 August at 8pm on BBC Brit (DStv Channel 120)
Classic car nut Paul Hollywood sets out on an epic road trip across a nation with a proud and diverse motoring history. Along the way he finds, drives and messes around with the nation’s finest, fastest, sexiest and most iconic cars.

Starting in Italy, Paul takes a six-day journey with a different car for each day, beginning in Rome where he is joined by Strictly Come Dancing’s Bruno Tonioli. Then, after getting used to German driving on the streets of Berlin, Paul visits a Cold War checkpoint, a nudist colony and the Nürburgring racetrack where he is joined by comedian Al Murray.

In the third and final episode, Paul Hollywood tours France and looks at the characteristics of the country’s cars and drivers. The six-day road trip begins with experiencing Parisian traffic jams in the rain, before he visits Le Mans and meets two Formula One legends for a thrilling end to the trip.

Trust Me I’m a Doctor
Series 6 (3 episodes), From Sunday 13 August, 5pm, BBC Lifestyle (DStv Channel 174)
The doctors are back for a sixth series, revealing the science behind the hype, headlines and answering the health questions that matter. The series features a mix of health-related stories, led by a team of presenters with backgrounds in medicine and medical journalism.

Michael Mosley investigates whether diet or exercise is a more effective way to keep calories in check, and Saleyha Ahsan runs an experiment to find out whether probiotic products really can improve health.

Dr Zoe Williams investigates whether people can boost their metabolism, Michael asks whether people should be worried about air pollution, and Dr Saleyha Ahsan meets survivors of eating disorders. Michael studies the health benefits of omega-3 fish oils, while Zoe goes on a high fat diet and Gabriel discovers a new brain treatment for PTSD. 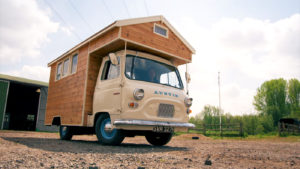 Amazing Spaces: Shed of the Year
Series 3 (4 episodes), From Sunday 13 August at 18:00 on BBC Lifestyle (DStv Channel 174)
After hundreds of entries and only 32 making the shortlist for the Shed of the Year 2016, George Clarke and his Amazing Spaces team will once again travel far and wide across the UK, searching for the most innovative and creative uses of the lowly shed, and seeing one owner crowned champion.

The series includes an entire Wild West town made from sheds, a replica of a Polish mountain drinking den, a shed that rotates 360 degrees and a mud hut, a shed on wheels, one that rises with the tide and a shed that may be haunted. But which shed will be crowned Shed of the Year 2016?