The Royal Arts Town Amphitheatre (RATA), following a survey amongst its artists and regular audiences, will resume its Summer Theatre Season in mid-February. The schedule has been scaled down, with some shows being postponed until next summer and others taking place this season but starting at 18h30 in order to comply with Covid-19 curfew regulations. 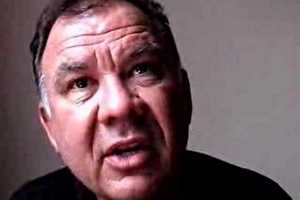 Roger Lucey’s (pictured left) How to Build a House in the Mountains, originally scheduled for early January, will now play the weekend of Friday 12 and Saturday 13 February 2021.

Lucey’s music career was ended by a covert security police campaign in the early 80s. In 1997 he built a house in the Bains Kloof mountains. It was an endeavour that would change his life and bring him back to his musical roots. How to Build a House in the Mountains is the story of forty years in a South African troubadour’s life, a wild and often dangerous roller coaster ride that has finally reached a restful place.

On 5 and 6 March 2021, RATA will present The Shadow of Brel, award winning musician, composer, actor, director and singer Godfrey Johnson’s solo show of the master’s greatest works, from the classics to some of the lesser-known songs. Johnson, who was nominated for a Fleur du Cap Award for his performance, also includes some of his own music and songs in the production. 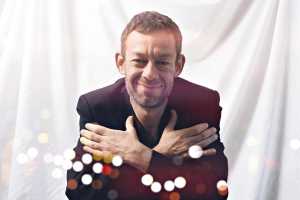 Brel was a legend; a composer and singer of talent and charisma who transported his audiences into a world of pain and joy. His genius was capturing the fullness of life, whether tender or savage. Every cabaret artist and musician lives in the shadow of his legacy and audiences continue to be spellbound by his evocative sound and lyrics.

Johnson (pictured right) says of Brel: “The rawness and honesty of his writing allows the performer to explore every little bit of emotion. He can write about the most sordid and depressing things but there is always a twinkle in his eye and a strong satirical tongue in his cheek.”

Social distancing and all other Covid regulations are strictly adhered to and masks must be worn at all times during the performances.