The family drama, Curse of the Starving Class, by Pulitzer prize-winning American playwright and actor Sam Shepard, comes to the Baxter Flipside stage for a limited season from 15 to 27 October 2018. The play is directed by Sylvaine Strike and stars an impressive cast. 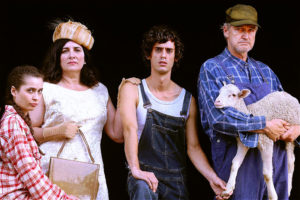 This collaboration between the Baxter Theatre Centre and the University of Stellenbosch Woordfees (US Woordfees), sees the return of multi-award-winning director Sylvaine Strike to the Baxter, following the sold-out success of Endgame recently. She heads up a sterling cast led by Neil McCarthy, Leila Henriques, Rob van Vuuren, Anthony Coleman, Roberto Pombo, Inge Crafford-Lazarus and Damon Berry.

Johannesburg-based Strike has become widely respected as a leading director in South African theatre for her fine work that has won her many accolades. At the Baxter alone over the years she has directed Endgame, Moliere’s Tartuffe, This Miser, Tobacco, and the Harmful Effects Thereof, The Travellers and Black and Blue.

Sam Shepard at the Baxter

“I have been burning to stage this play for the last decade,” says Strike. “The death of Sam Shepard last year made me reflect on the importance of his work. My vision for the staging of the play, a year after his death and 40 years after he first penned it, was to keep it simple, to honour his story and therefore keep it set in America, with the wild, large, desolate and universal characters he created. Their demands to succeed, to transcend, to become better, dream bigger, leave and re-invent themselves elsewhere, is just as much our reality as it is any struggling American’s. Now, more than ever, it is starkly and frighteningly relevant.” 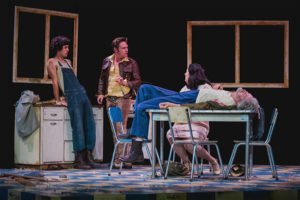 Regarded as one of America’s most celebrated dramatists, Sam Shepard, who died in July last year (aged 73), has written nearly 50 plays with contemporary classics Buried Child, Simpatico, A Lie of the Mind and Cowboy Mouth, just being some of them. He has created an expansive body of work which is best described as poetic, unapologetic, darkly funny, edgy, emotionally charged and painfully raw.

Curse of the Starving Class is the first of Shepard’s family tragedies, balancing darkly delicious comedy and biting satire. Hilarious and bold, funny and unsettling, the powerful drama continues to reflect a universal brilliance in an increasingly collapsing world. Its portrayal of a dysfunctional family on the brink of financial despair, while struggling for control of their run-down farm, remains relevant today.

What: Curse of the Starving Class