Over half a century since the original production, the Fugard Theatre’s forthcoming, brand new production of the legendary South African musical – King Kong – is fully cast and rehearsals set to start. 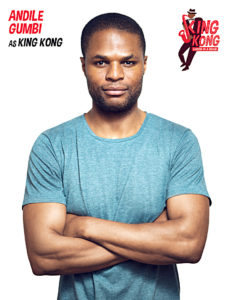 The 1959 production of South Africa’s first black musical was set in Sophiatown in Johannesburg in the late-fifties. The original King Kong toured South Africa, and was seen by 200,000 South Africans, playing to record-breaking and multi-racial audiences – as apartheid was being implemented -before transferring in February 1961 to London’s West End for a 200-performance run. King Kong launched the international careers of Miriam Makeba and Hugh Masekela among many others.

The Fugard Theatre’s King Kong – The Musical is directed by Jonathan Munby who directed the Fugard Theatre’s production of A Human Being Died That Night with Noma Dumezweni (the only double Olivier award-winning Southern African actor) amongst many other international productions. Following King Kong – The Musical Munby directs Sir Ian McKellen in Shakespeare’s King Lear for the Chichester Festival in the UK. 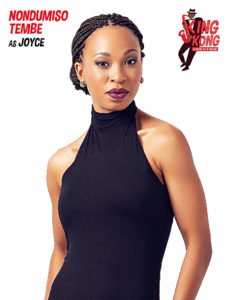 Cast in the title role of King Kong is South African star actor, singer and dancer Andile Gumbi. Gumbi made his Broadway debut as Simba in Disney’s The Lion King and has starred in productions of this musical in London, Sydney, Melbourne, Shanghai and South Africa. Gumbi, who was voted by The Sowetan as one of Mzansi’s Sexiest Top 12 celebs in 2015, is the character Zweli in the Mzansi Magic soap opera isiBaya, which was voted most popular TV soap at the 2017 SAFTA Awards.

Multiple award-winning actress and singer-songwriter Nondumiso Tembe will be recreating the role of Joyce, which propelled Miriam Makeba to international fame in the original production of King Kong. Tembe’s extensive list of credits include HBO’s Golden Globe and Emmy-award winning True Blood, SABC’s Generations, the military drama Six on the History Channel and Zulu Wedding opposite Darrin Dewitt Henson. She won the Best Actress in a Supporting Role Naledi Theatre Award in 2014 for her portrayal of Susan in David Mamet’s Race, which toured South Africa, and to the Edinburgh Festival. Her debut album Izwi Lami – My Voice received much acclaim including a Metro FM Music Award for Best Music Video.

A live nine-piece band, under the direction of Sipumzo Lucwaba, will accompany the action at every performance. 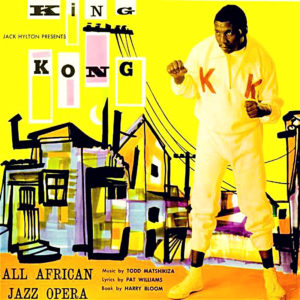 Born in Vryheid in the then Orange Free State, Ezekiel Dlamini himself became an unwitting symbol for freedom and the wasted power of his people under apartheid. After a meteoric boxing rise Dlamini’s life degenerated into drunkenness and gang violence. In 1957 Dlamini was to be a classic Greek tragic figure when, in a fit of jealousy, he killed his girlfriend and at his trial asked for the death sentence to serve as a warning to others. Instead, the white judge, refusing to take instruction from a black defendant, sentenced Dlamini to twelve years hard labour. Three months later “King Kong” was found drowned in a dam on a prison farm. At 36 years old “King Kong” had taken his destiny into his own hands and, inadvertently, become a legend.

The original production featured music by Todd Matshikiza, lyrics and original book by Pat Williams and book by Harry Bloom. Songs such as Back of the Moon, King Kong and Sad Times, Bad Times, have become popular South African favourites and are firmly entrenched in this country’s musical history. Sales of the original recording achieved unprecedented numbers, with reviews such as “This for my money is the record of the year” (Rand Daily Mail) and “Five stars!” (Drum).

What: King Kong – The Musical