Following an acclaimed premiere at the 2019 Klein Karoo Nasionale Kunstefees, Athol Fugard’s powerful classic, Statements after an Arrest under the Immorality Act, will be at the Fugard Theatre for a limited season in September 2019. 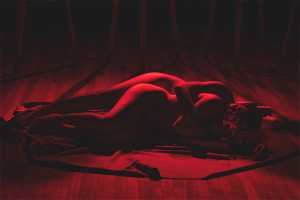 Presented by Eric Abraham and The Fugard Theatre in partnership with the Klein Karoo Nasionale Kunstefees, this compelling new co-production opened to rapturous responses at the recent KKNK. This year marked the 25thanniversary of the KKNK and Kunste Onbeperk, which presents the Festival, and which recently awarded Athol Fugard with its Kunste Onbeperk Lifetime Achievement Award for Theatre.

Written in 1972, Statements after an Arrest under the Immorality Act is set in apartheid South Africa, when relationships across the colour bar were a criminal offence. Two lovers – a coloured man and white woman – meet secretly in the library where the woman works to make love and share their hopes and fears. A neighbour reports them to the police who secretly photograph them from the informant’s backyard and eventually break in and arrest the couple under the then inhuman and universally pilloried Immorality Act. The play is a compelling and deeply moving love story in which the physically and emotionally naked lovers expose not only their bodies but also their deepest longings for personal and emotional freedom.

There is an age advisory of 16 years (there is full nudity throughout).

What: Statements after an Arrest under the Immorality Act

Where and when: Fugard Studio Theatre from 17 September 2019