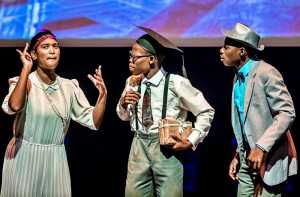 The 12th Shakespeare Schools Festival South Africa (SSFSA) will be back in full force this year and, due to increased demand by schools all over the country, it will be presented in three phases across several provinces for the first time ever, between 6 May and 18 September 2022.

The first two seasons will be in Cape Town, kicking off at the D6 Theatre in District Six followed by the Baxter Theatre in Rondebosch in May and August respectively. This will be followed by festival runs in George, Johannesburg and Durban in September 2022.

Festival founder Kseniya Filinova-Bruton is thrilled that the SSFSA will open at the D6 Theatre, formally known as the Fugard Theatre. “The 2020 SSFSA closed on the eve of South Africa’s first major lockdown at the former Fugard Theatre, so it is especially wonderful to be back at the iconic venue that is now under a new management.”

The SSFSA festival has grown into Africa’s largest youth drama event that focuses solely on Shakespeare plays. Since 2009, the SSFSA has showcased 518 Shakespeare plays across the Western Cape, Gauteng, KwaZulu-Natal and the Eastern Cape, has worked with 10,866 learners from 597 schools, and bolstered 764 teachers in their capacity as drama and performance arts directors. The festival is a novel way for young thespians to explore their dramatic potential non-competitively in a fun, developmental way and promotes life skills as it spotlights literacy, classic literature and live theatre. 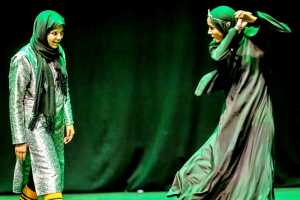 For the festival, schools are asked to present innovative, abridged versions of a Shakespeare play of their choice, approximately thirty minutes in duration. Casts are encouraged to re-imagine, adapt and ‘turn the play on its head’ by taking the themes of the play and making it relatable to themselves and their peers. Staging a Shakespeare play is a challenge no matter if one is amateur or professional and with that in mind, the SSFSA assists with scripts, acting and directing tips, and runs a number of educational programs alongside to benefit educators, emerging learner-directors and casts.

The SSFSA in Johannesburg runs at the Joburg Theatre 6 to 11 September, and 9 to 11 and 16 to 18 September at The Dotsure George Arts Theatre in George, and at The Playhouse in Durban from 13 to 17 September 2022