The 2019 Standard Bank Young Artist Awards have been announced for excellence in music, visual art, dance and theatre. 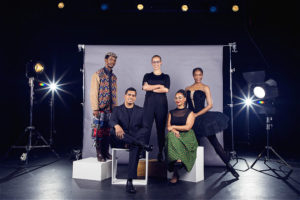 Since its inception almost four decades ago, one national award has come to be regarded as the ultimate accolade for young South African arts innovators on the cusp of greatness. And, as Standard Bank celebrates 35 years of sponsoring the Standard Bank Young Artist Awards in 2019, the latest list of winners proves that the creative fire that fuelled their predecessors in the 1980s burns just as fiercely in the current generation of South African arts pioneers.

Each of these exceptional young artists will receive a cash incentive, as well as a commission to premiere a new work or exhibit on the Main Programme of the 2019 National Arts Festival, taking place in Makhanda (Grahamstown) from 27 June to 7 July 2019.

These luminaries, and many other SBYA alumni, have gone on to forge successful and sustainable careers in the arts. They have created work that contributes meaningfully to important national topics, often challenging the status quo in the process. Fêted on the world’s stages and screens, in international galleries and concert halls, many are still actively working in – and enriching – South Africa’s creative economy. In fact, an SBYA alumnus from 2001, artist and theatre-maker Brett Bailey, currently chairs the National Arts Festival artistic committee who have the responsibility of selecting the SBYA winners. 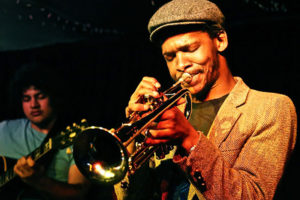 Mandla Mlangeni (pictured left) is a jazz trumpeter and composer who has become a popular fixture on local and international stages since being selected for the Standard Bank National Youth Jazz Band in 2006. A gifted bandleader, Mlangeni has carved out a name for himself with various bands and ensembles, including the Amandla Freedom Ensemble, with which he has released two albums.

Kitty Phetla is the principal dancer and choreographer at Joburg Ballet. She has toured and performed extensively on stages across the globe. A career highlight was dancing The Dying Swan solo for Nelson Mandela and the Dutch royal family, but one of her most noteworthy recent performances was her Queen Modjadji-inspired Rain Dance for Cape Town, in situ at the then-parched Theewaterskloof Dam.

Amy Jephta is a playwright who has also built a reputation as a filmmaker, activist and academic. A champion of theatre by and for women, she has been a driving force in local and global initiatives promoting opportunities for women playwrights. Aside from her theatre work, she wrote the script for the film Ellen – The Ellen Pakkies Story and is editing a collection of plays by African women. 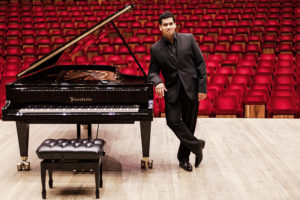 Megan-Geoffrey Prins (pictured right) is a pianist whose prodigious talent was evident early on – he had performed with all South Africa’s major orchestras by the age of 14. Today, while studying for his doctorate in music in Cleveland, he traverses the world as a solo performer and chamber musician, often returning home for concerts, teaching engagements and community outreach initiatives.

Gabrielle Goliath is a multidisciplinary artist who is known for sensitively negotiating complex social concerns in her work, particularly relating to gender-based and sexual violence. Among this PhD candidate’s long-term performance projects is her Elegy series, where each iteration marks the absence of a woman or LGBTQI+ individual who has been raped and killed in South Africa.