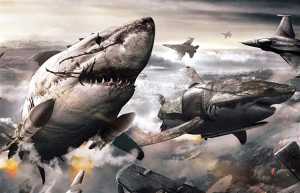 The 2020 SA HorrorFest film festival will go virtual this year – with a few special live screenings at the Labia – and will feature over 40 gorgeously gruesome titles.

The festival will run from 28 October to 13 November 2020. The cinema line-up includes local trip Fried Barry, the unbridled Sky Sharks, a special free sneak preview competition (for Freaky ) and two documentaries, including Rocky Horror 45, looking at this legendary movie musical’s legacy, and a look at the late Wes Craven’s notorious, but undeniable early movie in The Last Word on the Last House on the Left (the latter of which will only get one cinema screening, no on-line access).

The 2020 SA HorrorFest film festival has teamed up with local horror streaming service Frightfan.TV , which means people who had a geographic disadvantage in attending the Cape Town location across more than a decade and a half, can now access it online!. And not just in other parts of South Africa, but Africa as a whole.

For the 2020 SA HorrorFest, the bulk of the more than three dozen movies (most having their African premieres) will be accessible across the full duration of the festival, with some only open within a 48-hour window, others three to five days, and one for six hours.

The territory for Horror and filmmaking documentaries remains a rich for exploration, and this year we have five titles, all featuring an exciting range of bigger and up & coming filmmakers.  These include:

THE HORROR CROWD – digs into the Hollywood Horror filmmaking community

TALES OF THE UNCANNY: The Ultimate Survey of Anthology Film – explores this well-established format

THE LAST WORD ON THE LAST HOUSE ON THE LEFT – looks at the controversial Wes Craven film and its impact on cinema (this will only have one exclusive cinema screening, no on-line access).

Lloyd Kaufmann and his legendary Troma team had been making wild and crazy indie movies for around 45 years! We’re excited to include several of their productions this year, including brand new offering #SHAKESPEARESSHITSTORM (based on Shakespeare’s The Tempest!), MUTANT BLAST, THE SLASHENING and Troma flagship character, the immortal evergreen TOXIC AVENGER parts 1 and 2 (watch them as a hilarious double feature!)

In addition to many independent producers and companies like Raven Banner, another indie studio producing great entertainment for decades is Charles Band’s Full Moon. This year the Horrorfest will feature Puppet Master-linked BLADE: THE IRON CROSS and NECROPOLIS: LEGION.

Price: Single on-line tickets are R50 each with a full festival pass only setting you back R600 (resulting in around R12 a ticket!).