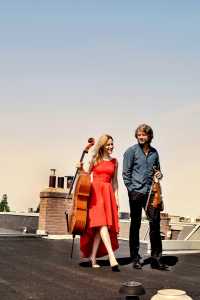 Music may bring people together but when you are two soloists with international careers it is just as likely to separate. So, as with violinist Daniel Rowland and cellist Maja Bogdanovic (pictured left), travelling together is a luxury; performing in the same festivals a pleasure, and coming to South Africa to perform in both the Stellenbosch International Chamber Music Festival in chamber groups and then in the FOM Benefit Gala with the Cape Town Philharmonic almost a miracle!

They will perform several concerts at the Stellenbosch festival and, with the CPO, under the direction of Bernhard Gueller on 12 July 2022 at Artscape, the Brahms Double Concerto.

“We have a duo, we frequently pair up with musician friends to play trios and quartets, and of course we play our beloved Brahms Double together,” says Daniel.  “But naturally we also have our separate projects and concerts and tours. But it’s wonderful to be able to share life AND the stage! And the audience often seems to sense that there’s a very personal and deep connection between us.”

They came from different sides to a career in music. For Daniel, who came from a musical household with an English father who was a wonderful composer and pianist, and his Dutch mother a pianist, playing with Lego under the “piano was definitely determining influence!” He was five when he was given his first violin, a one-quarter size. 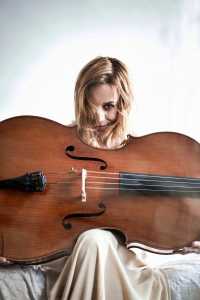 Always music in the home

“My father would play and rehearse music by Schubert and Brahms but also his  rather avant-gardistes music, so I got used to, and fascinated by music of today from a really young age. Later on while studying in Amsterdam I had the chance to play as an extra in the great Concergebouworkest and working the conductor Nicolaus Harnoncourt was quite an inspiration. And meeting in 1995 the genius violinist Ivry Gitlis really opened my eyes to the limitless expressive possibilities of the violin, and how music making can be always full of imagination, a sense of adventure, fun and always with a big heart. I stayed close to him till his death two years ago at the age of 97.”

Maja’s parents and most of her family were doctors but there was always music in her home in Belgrade. ‘”But music was always present in our house, and after an attempt of one year of ballet dancing at age of five I got bored and really wanted to play a string instrument. A clarinetist cousin, in charge of “discovering musical talents  in our family”, noticed that I could easily repeat exact rhythms and sing in tune at the very young age. He introduced me to cello, and I fell in love. I had chance to go to specialized music school in Belgrade from the age of six, and I don’t I ever asked myself if I would be a professional musician. It  just felt so natural.”

Maja went on to study at the age of 16 at the Paris Conservatoire National Supérieur de Musique where her teacher Michel Strauss, “gave me keys to open many many new musical doors. “ Today she is internationally recognised as the laureate of numerous international competitions, such as Aldo Parisot Cello Competition in South Korea, the Gaspar Cassado International Competition in Tokyo, the Concours Rostropovich in Paris and the International Jeunesses Musicales Competition in Belgrade. 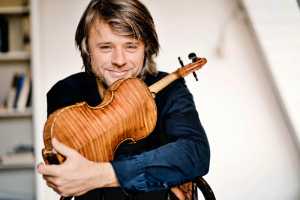 Daniel, who  has been to South Africa to perform more times than “I myself can quite believe! The first time was in 2005 when my dear friend Nina Schumann invited me to the wonderful SICMF. What an incredible festival with an enormous impact on SA music life  this has become! I must have played at the festival about 12 times with countless wonderful memories, including the time that Gitlis came, our Korngold concerts, and concertos by Tchaikovsky, Brahms, Korngold, Elgar, Schnittke, Piazzola, Vasks,… From these SICMF visits came other SA concerts: two  extensive nationwide tours, performing with the Jo’burg and Durban orchestras, and a few years ago  I had the great pleasure to perform my beloved Elgar Concerto with the excellent CPO and Bernhard Gueller. This was a memorable experience: Bernhard deep, wonderfully sincere musicianship, this tremendous music, the passionate playing of the CPO in the splendid City Halls – great memories! I’m delighted to be back, and especially delighted to be sharing the stage with Maja and Bernhard!”

Of course he is also looking forward to introducing Maja to the SICMF and the CPO for this is her first visit.

They are looking forward to performing the Brahms together.

“We adore the music of Brahms, and this concerto is so wonderfully emotional, powerful and lyrical. The soloists have many moments of both intimate and passionate dialogue and the interplay with the orchestra is very exciting! We last played it in Mexico last month. I think this piece will always accompany us, and we can’t wait to record it,” says Daniel.  Maja agrees. “ I have always loved this piece. It’s so powerful, deep, wonderfully challenging and in the same time incredibly written for cello. It feels complete, with both violin and cello registers completing each other and shining together.”

They met in Finland at the Kuhmo Festival in Finland, “a special festival amidst the Finnish forests and lakes but sparks only began to fly at an intimate festival on a tiny Danish island, Fejo, in 2017, “ says Daniel. “I proposed to Maja on another island, this time in Croatia on her birthday three years later. And last summer we were married during my Stiftfestival in the Netherlands in August, in a little castle surrounded my music and friends. And now our daughter Lily is 20 months.”

For Maja, “the first time when we played together it felt like flying, and that feeling is always present. This is something very precious, I don’t know if it has to do with that we are partners in life as well, but when we play together, I have impression that there are no limits, in imagination, in colours of sound, in interaction, the sky is not a limit. It is fantastic feeling when you go on stage with someone whom you totally trust, and yet you have no idea what is going to happen and where it will bring you – in a good way of course!”

But first they had to settle on a home … “ When I met Maja,” says Daniel, “she lived in Paris, and I’ve spent time living in London, a place I still often go. But for the last three years we have lived in Amsterdam.  The only good thing about Covid-19 was that we had time to do up our  apartment, even building a roof terrace, but now with the world more back to normal we don’t have enough time to spend there.”

You will understand what that means when you see their itinerary …

They come to Cape Town straight from a festival in Norway and a couple of concerts in Portugal then, the same night as the FOM gala they fly via Amsterdam to festivals in Finland, Holland and Italy and then Daniel’s Stiftfestival in late August, and then Sweden, Italy, Brazil…

It’s a good thing that Maja enjoys Amsterdam which she says is a great place to live and a good base from which to travel.

“I spent 20 amazing years in Paris, and I always feel in France like at home.  Amsterdam is beautiful and of course that’s where my wonderful family is!”

Lily is of course the focus of their lives, and they don’t always manage to travel with her, like on this trip to SA but they will have Lily with them at the festivals in Europe.

What: Chamber concerts at the SICMF and the Brahms Double Concerto with the CPO and Bernhard Gueller in the FOM Benefit gala