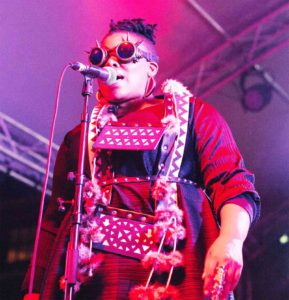 The Afropunk Festival has been defining culture in the music world for over 14 years – a triumph of multiculturalism and diversity for people of all races, genders, colours, creeds and tastes.

The first batch of performers who’ll take part in the festival on December 30 – 31, were announced by Sal Masekela at a bash in May. Thandiswa Mazwai & The Blk Jks, Manthe Ribane, Themba Lunacy and DJ Doowap rocked the launch party.

Martell Cognac, one of the world’s great cognac houses, has partnered with Afropunk. “We are very excited to partner with Afropunk because they are a platform that cultivates multiculturalism and diversity,” says Sibusiso Shangase, Head of Marketing for the Prestige Brands portfolio at Pernod Ricard South Africa, which represents Martell Cognac. “Martell and Afropunk are interested in celebrating and inspiring people to go beyond the conventional, to be curious about themselves and the world, and in doing so, defy conventions.” 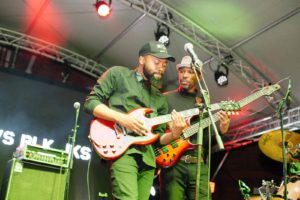 We, the people built this land. Our flesh and blood is present in its buildings, its roads and its bridges. Our souls are its spiritual cornerstone. Our culture is its foundation. Our being nourishes this land – as our ancestors’ beings nourished it before us – yet the land has not always reimbursed us.

We, the people recognize the bullshit of the powerful. The injustices they committed in the past have never disappeared from view. The inequalities they perpetrate are there for all but the blind. The inadequacies they’ve paid forward to a future age are appearing over the horizon. Unless…

We, the people have a code:
No Sexism, No Racism, No Ableism, No Ageism, No Homophobia, No Fatphobia, No Transphobia

We, the people commit ourselves to uphold and fight for the rights enshrined in our code. Let us honour those who sacrificed their lives for our freedom, and hold accountable those who curtail our liberties. Let us walk in the footsteps of warriors who came before us, and strive to create a society based on fundamental human rights. Let us rewrite the universal laws and educate the errant minds.

We, the people have the will to heal the divisions that threaten to reduce our dreams to ashes. We believe in resurrecting the creative power of our diversity. We open our hearts and minds, and dance to the rhythm of a brand-new future. Together. Brave and compassionate. And beautiful.

May the Goddess protect we, the people.