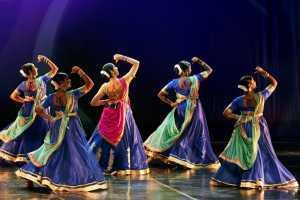 Artscape turns 50 this year, and a host of celebratory music, dance, and theatre events have been planned, both on and offline.

Established as the Nico Malan Theatre in 1971, the Artscape building will be celebrating its 50th anniversary in existence throughout the year, from March onwards.

The festivities will kick-off on Friday, 20 March 2021 with the opening concert, directed by Basil Appollis and featuring Artscape Theatre’s associated companies (including Cape Town Opera, JazzArt, Unmute Dance Company, Cape Town City Ballet, the Cape Philharmonic Orchestra, Zip-Zap Circus) and iconic Cape Town performers such as Dizu Plaatjies, Vicky Sampson,  Hilton Schilder,  Zinzi Nogavu,  Sylvia Mdunyelwa, Diana Ferrus, Nicola Hanekom and many others. The concert will be recorded at the Artscape Opera House in celebrating our Human Rights Day and be delivered to audiences through the Artscape YouTube channel, free of charge.

Says Artscape CEO, Marlene le Roux: “When I think of this building and the theme we have chosen to celebrate its golden jubilee, “yesterday, today and tomorrow”, I am reminded that the Nico Malan just five decades ago opened its doors, excluding the largest section of the population, as if we just didn’t exist, treating us like the second-class citizens the Apartheid regime believed us to be. And yet, here we are, in 2021, in all our glory, telling our stories on the very stages that alas were denied us when it first opened its doors. That is what this building represents: the evolution of a species, the struggles of stalwarts, the wherewithal of those that helped to bring us to this point in our history. And it is to them that we give thanks as the building turns 50.” 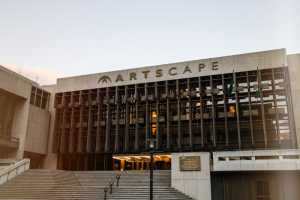 The theatre was named after the former National Party administrator of the Cape Province, Dr Johannes Nicholas Malan who initiated the project. It was programmed and managed by Cape Performing Arts Board (CAPAB) as a production house with four arts companies (orchestra, opera, ballet and drama) and initially opened to Whites only. This exclusionary Apartheid policy received widespread objection from several quarters and after enormous pressure, in 1975 it became the first South African theatre that the Apartheid government, through a permit system, allowed all races into its premises, while on 11 March 1978 the then Nationalist government abolished its legislation that barred mixed race audiences in theatres and mixed race casts in productions.

By 1994, the South African government policy changed dramatically and transformed all performing arts boards to playhouses. The centre was renamed to Artscape and replaced CAPAB on 27 March 2001 and opened up all other art genres to performers and patrons from all walks of life.  It currently remains as an agency of the National Department of Sport, Arts and Culture, while the building itself is the property of the Western Cape Government.

Journey from Nico to Artscape

Celebrations will continue throughout the year with additional activities to be showcased such as Joyous Choirs (a mass choir presentation in celebration of choirs from the Western Cape Province) and an outdoor community concert to be staged on the piazza in front of the building amongst many others. The journey from Nico to Artscape will be permanently documented with virtual (audio-visual) exhibitions and tours of the building to enable and inform audiences and patrons to experience the long history of the building, icons and employees that played a part through the highs and the lows of the past 50 years.